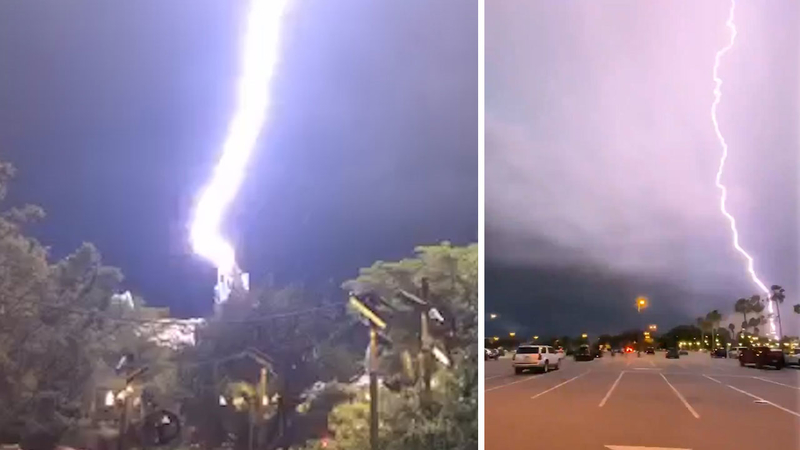 Austin Coppock, who posted video of the lightning to social media, said he saw the lightning near the Millennium Falcon and marketplace in Galaxy's Edge, the Star Wars-themed area within Disney's Hollywood Studios.

Coppock told ABC News that his 10-second clip of the lightning cut off because the "boom of the thunder shook the ground and I let go of [the record button]."

There were no immediate reports of damage to the park from the lightning. Such conditions are not uncommon over the summer in Florida.

A state trooper in Oklahoma had a close encounter with lightning that struck just feet away while helping a motorist on the side of Turner Turnpike.