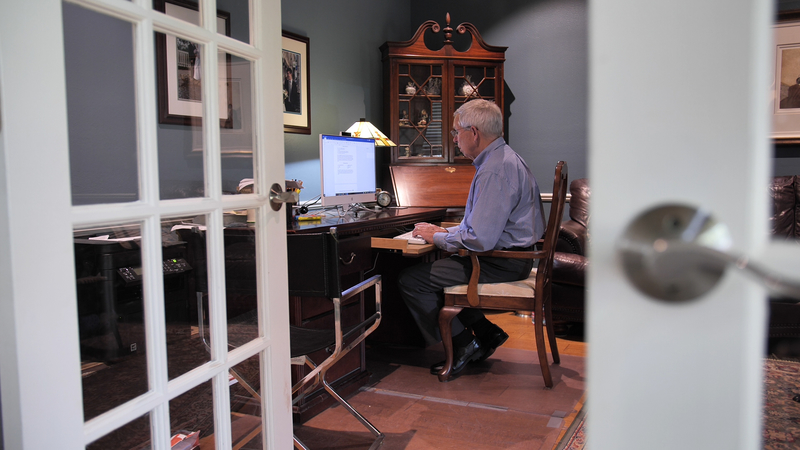 CLEAR LAKE, Texas -- Stephen Powe graduated from Texas A&M with a master's degree in December 1978. But it took 42 years for him to hand in his final paper.

Powe presented a report on his independent study work at the end of his final semester studying industrial engineering, and it was approved. But when it came time to submit a clean copy, the task was pushed to the bottom of the priority list for Powe as he juggled his career and growing family.

Fast forward to the pandemic, after a long and successful career, Powe started looking at his bucket list. At the top, was finishing his final report and fulfilling his promise to turn it in for his late mentor and professor Dr. Jim Hennigan.

Powe typed up the paper on a computer instead of a typewriter, and sent it to Texas A&M, never expecting a response. But the school not only thanked him for his dedication and following through all these decades later, they also connected him with Dr. Hennigan's daughter.

The two have since become friends. Joni Lora was so touched by Powe's gesture for her father, she created a scholarship in his name to teach future Aggies that "your word is your bond".