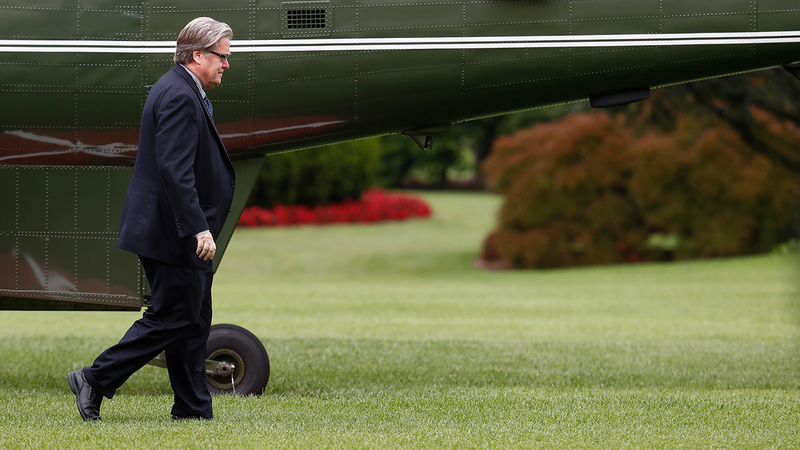 "White House chief of staff John Kelly and Steve Bannon have mutually agreed today would be Steve's last day. We are grateful for his service and wish him the best," White House press secretary Sarah Sanders said in a statement to ABC News.

Trump had grown increasingly frustrated with Bannon, according to one senior White House official.

Bannon has clashed with virtually every top official in the White House. Atop his list of in-house detractors are senior adviser Jared Kushner, national security adviser Lt. Gen. H.R. McMaster and the new chief of staff, Gen. John Kelly.

One of McMaster's first moves was to remove Bannon from his seat at the National Security Council, a move that angered Bannon. And his appointment as the council's chief political strategist was hugely controversial when it was first announced via executive order at the start of the administration.

Over the weekend, McMaster refused to say whether he would continue to work with Bannon.

The former executive chairman of Breitbart News joined the Trump campaign last August. He would become known as a fearless and critically influential adviser to the president.

On Tuesday, the president told reporters at Trump Tower that Bannon was a "good man" and "not a racist."

RELATED: Notable firings and resignations under the Trump administration