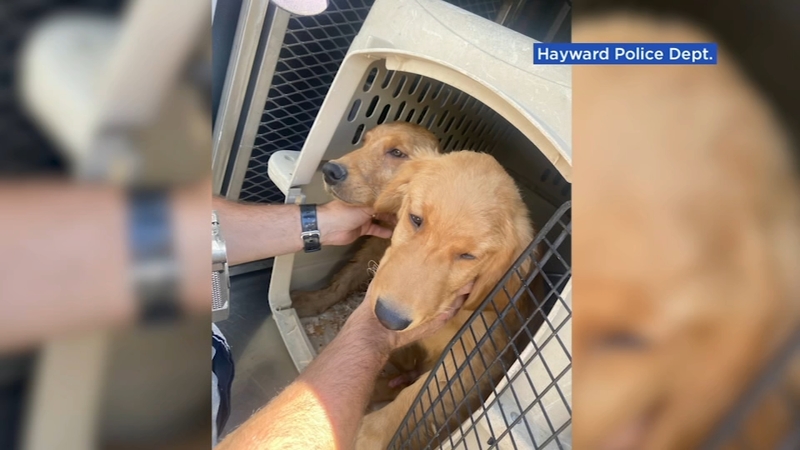 Stolen puppies in Hayward 'shaken up' after botched online sale

HAYWARD, Calif. (KGO) -- Puppies stolen in Hayward are "shaken up," but doing okay, after an online sale went wrong.

Police say the victim in this case was selling three puppies and went to meet a man in south Hayward who said he wanted to buy one.

Investigators say the "buyer" pulled a gun on the seller and stole his truck with the dogs inside.

Police tracked down the truck and chased after it.

The driver ended up crashing and flipping the truck.

The suspect tried to run away, but didn't get very far.

The puppies were a little shaken up, but they are okay, according to police.

The suspect was arrested and is now being held in the Santa Rita jail.

A California couple is asking for the community's help after their dog of 10 years was stolen from inside their vehicle in the Fisherman's Wharf area in San Francisco.