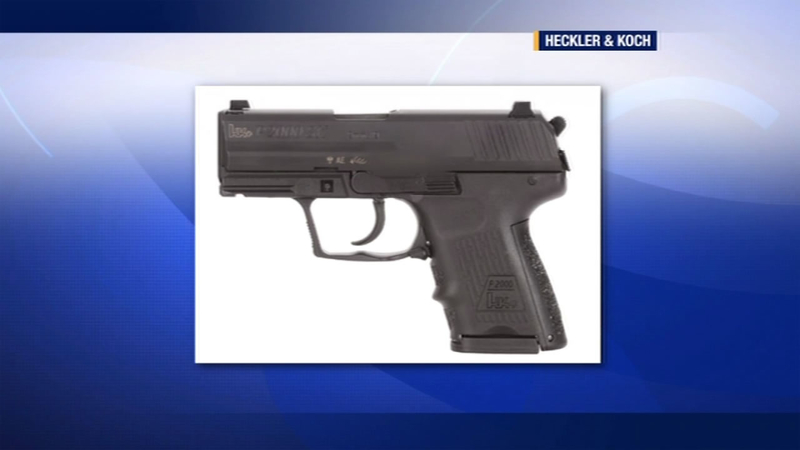 SAN JOSE, Calif. (KGO) -- An alarming new investigation found that nearly 1,000 guns that belonged to law enforcement in California went missing, with many still unaccounted for. And in the worst case scenarios, those guns are used in crimes.

On July 1, 2015, 32-year-old Kate Steinle was shot and killed near Pier 14 in San Francisco. Police say the gun used was stolen from a federal agent's car.

In Oakland, artist Antonio Ramos was killed by a man using a gun stolen from an ICE agent's parked car in San Francisco.

These two cases show the worst case scenario for a stolen law enforcement weapon. But losing or having their guns stolen is not an isolated incident according to an in-depth report by ABC7 News' media partner The Mercury News.

Since 2010, 944 guns have disappeared from police in the Bay Area and state and federal agents across California. There are 717 guns that are still unaccounted for and 192 were confirmed stolen.

Oakland police has lost track of 370 weapons since 2011. SJPD is missing 327 guns. The Mercury News says records show the department failed to track whether officers took their weapons with them when they retired.

Santa Clara County has three guns listed as currently missing on the Mercury News database. All were stolen out of a vehicle.

The Mercury News also reports that San Francisco police and the Alameda County Sheriff's Office have the highest number of stolen guns since 2010. They have 10 each.

Those departments now prohibit officers from keeping their guns in their vehicles overnight.

The Santa Clara County Sheriff's Office says they teach deputies about securing their weapons while their being trained in academy.

"We make sure our deputies are aware not to keep their guns in vehicles. Make sure they take them their guns inside their homes and lock them in their safes," said Jensen.

State Senator Jerry Hill is pushing a law in Sacramento that would require law enforcement officers to lock their weapons in their vehicle. The bill is being heard in an assembly committee on Wednesday.