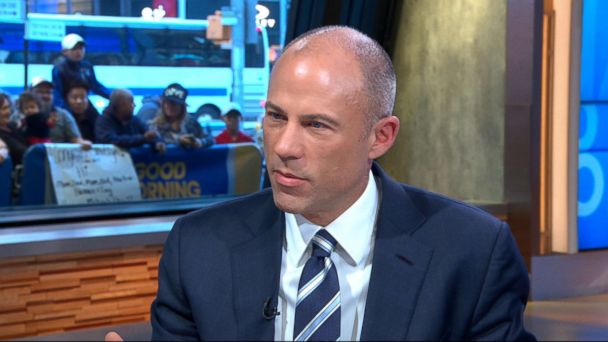 The attorney for adult film star Stormy Daniels today challenged President Donald Trump and his longtime personal lawyer Michael Cohen to release financial records from a fund that allegedly received $500,000 from a firm with ties to a Russian billionaire.

"Michael Cohen and the president can clear this up this morning very easily," Michael Avenatti said today in an interview with ABC News chief anchor George Stephanopoulos on "Good Morning America."

Avenatti released an "executive summary" Tuesday that alleges a company associated with Viktor Vekselberg, a Russian Oligarch with close ties to Russian President Vladimir Putin, sent the payments to a fund maintained by Cohen - the same fund Cohen used to pay a hush agreement with Daniels, who said she had an affair with Trump in 2006.

Trump and Cohen have denied the affair.

The payments tied to Vekselberg came from a U.S. firm called Columbus Nova, which has financial ties to Renova, a Moscow-based global conglomerate run by Vekselberg. Columbus Nova said in a statement to ABC News late Tuesday that the company's work with Cohen was not improper.

Vekselberg, who is considered one of the richest men in Russia, reportedly holds frequent meetings with Putin as part of a business group known as the Russian Union of Industrialists and Entrepreneurs. ABC News' emails to Vekselberg's company seeking comment were not returned.

Avenatti's law firm released the seven-page document amid a federal investigation into Cohen. Federal agents last month searched Cohen's home, hotel room and office for documents and computer files, including those related to his $130,000 payment to Daniels in October 2016.

Cohen has not been charged with any crime, and both he and his attorney have maintained he has done nothing improper.

When asked on "GMA," Avenatti declined to say how he obtained the records but said he's "100 percent" confident they're accurate.

"We stand behind it, 100 percent there's no question it's accurate," he said in the interview this morning. "We haven't released all the evidence that we have."

The attorney reiterated his calls to the president and Cohen to disclose "what money was received or not received."

"Something doesn't smell right," Avenatti said. "If there's nothing to hide then why do they continue to hide this information, hide the involvement?"