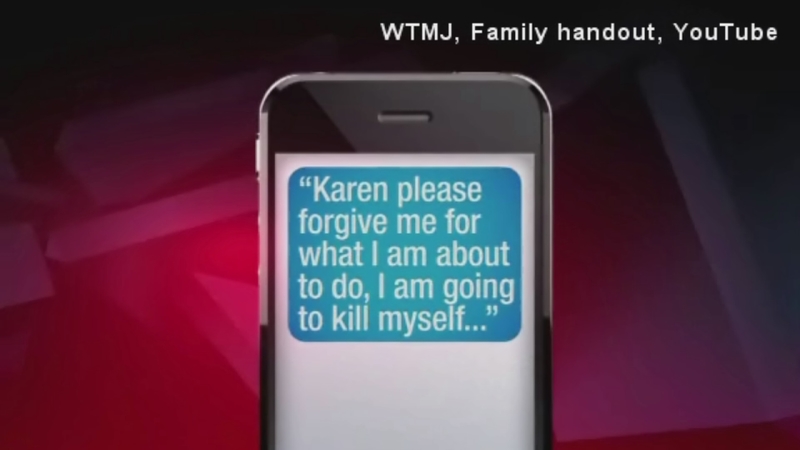 MILWAUKEE, WI -- A Wisconsin woman says she tried to call her husband moments before he apparently killed himself, but wasn't allowed to by a flight crew, reports television station WTMJ.

Karen Momsen-Evers was in New Orleans aboard a Southwest Airlines flight back home to Germantown, Wisconsin when she received a disturbing text from her husband, asking for forgiveness for what he was about to do.

"I started shaking the minute I got the text and I was panicked," she said. "I didn't know what to do."

Karen says she knew he was serious because he'd been under a lot of stress. She tried to quickly call him, but says a flight attendant wouldn't let her.

"The steward slapped the phone down and said, 'You need to go on airplane mode now,'" said Karen.

Karen was in tears as the plane took off, and as the flight reached cruising altitude, she says she tried again to have a flight attendant make an emergency call.

"I just wanted somebody to go and try to save him, and nobody helped," she said.

Karen sat in her seat for the rest of the flight crying and staring at the text her husband had sent. When the flight landed in Milwaukee, she called police, but it was too late. Her husband was dead.

Southwest Airlines offered a statement, saying their "hearts go out to the Evers family during this difficult time." They went on to say that flight attendants are trained to notify the captain if there's an emergency that poses a hazard to the plane or passengers on board.

In this case, they say the captain wasn't notified.

Karen says the outcome could have been changed.

"The pain of knowing that something could have been done," said Karen. "It breaks my heart."