ONLY ON ABC7NEWS.COM: Surveillance video of theft at Fremont gas station 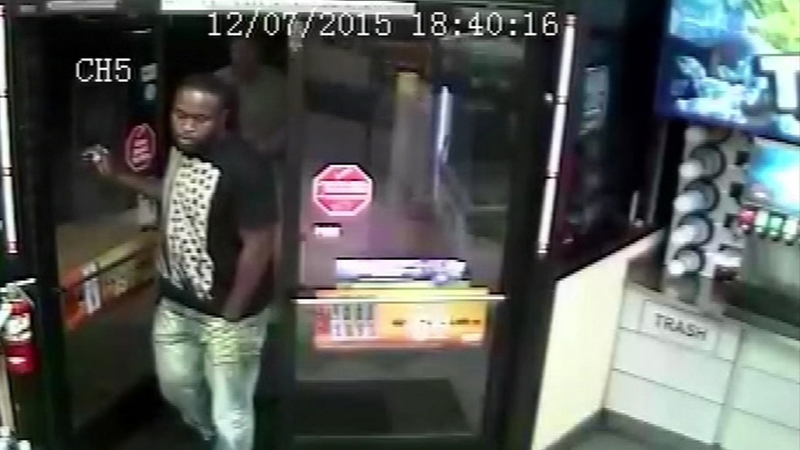 FREMONT, Calif. (KGO) -- Police in Fremont hope surveillance video will lead them to a thief who made off with cash from a convenience store. There were also witnesses in line when the theft went down.

It can be frightening to see a crime up close, but thankfully no one was hurt and the thief's face was clearly caught on camera.

Man grabs cash from Fremont Blvd ampm register in #Fremont on 12/7 A reminder thieves- THERE ARE CAMERAS EVERYWHERE! pic.twitter.com/MQeleoQ5gQ

It's not an original idea, stealing from a convenience store. With all the security cameras, it certainly doesn't seem like a bright idea either, but this man decided he was going to hit the cash register at the AMPM store at the ARCO gas station on Fremont Boulevard.

John Boucher was in the store at the same time around 6:40 p.m. on December 7.

The surveillance video shows the man only took seconds to grab as much cash as he could and then took off out the door about $70 richer, with Boucher chasing after him.

"I just put my hands up like I was going to defend myself. And when he turned around out the door I chased him. So, simple as that, so, it was scary. He kind could've done anything. He looked pretty desperate," said Boucher.

Ironically, the thief was actually polite to Boucher, holding the door for him when he entered the store. The man never showed or even said he had a weapon. Fremont police say that distinction makes this a theft, not a robbery, which can make a big difference in the amount of jail time if he's ever convicted of the crime. But first the police would have to catch him. The thief's face is now on television. The hope for Boucher is he doesn't strike again.

"He's a harm to himself and other people. You know, someone could have a heart attack. Anything could happen," said Boucher.