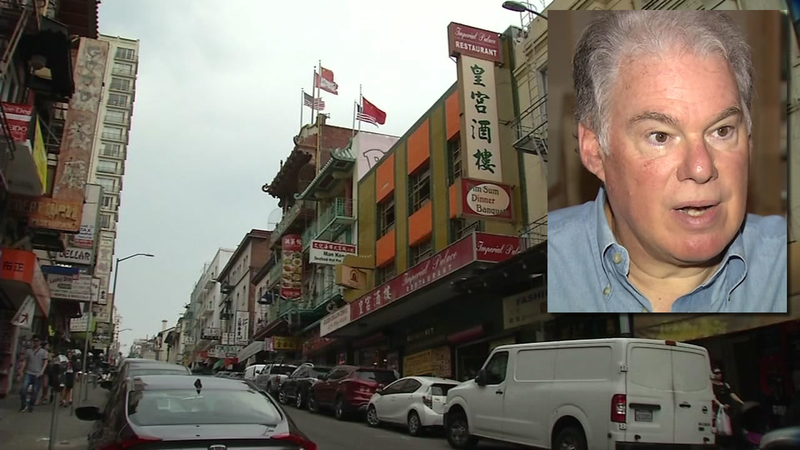 SAN FRANCISCO (KGO) -- This Labor Day marks a dark day in San Francisco's history. A mass shooting happened in Chinatown 40 years ago. At the time, it was the worst shooting the city had ever seen.

"These are the infamous bell bottom jeans with three bullet holes in them," said Howard Green as he showed us the bloodstained jeans where 38 caliber bullets tore through the material.

It happened Sept. 4, 1977 inside the Golden Dragon Restaurant in Chinatown. Green and his friends were fresh out of college, visiting San Francisco, when gunmen burst in and started shooting.

"I grabbed my friends, we all hit the deck, and all hell broke loose," he said.

Green and his college roommate Tom Berry were shot.

"I felt the shot," said Green. "Without getting too graphic, I felt blood coming out."

Green and two of his friends survived. Five people died and 11 others were wounded.

Members of a Chinatown youth gang known as the "Joe Boys" fired on members of the rival "Wah Ching" gang but missed. Only innocent victims were killed.

The gunmen were brought to justice and Green testified at every trial.

"After the first trial there was police protection provided for us because there was some concern that perhaps we were targets for more retribution," said Green.

The tragedy led to the formation of San Francisco's Gang Task Force.

Green says the ordeal taught him something.

"Take more risks because life every day is a risk," he said.