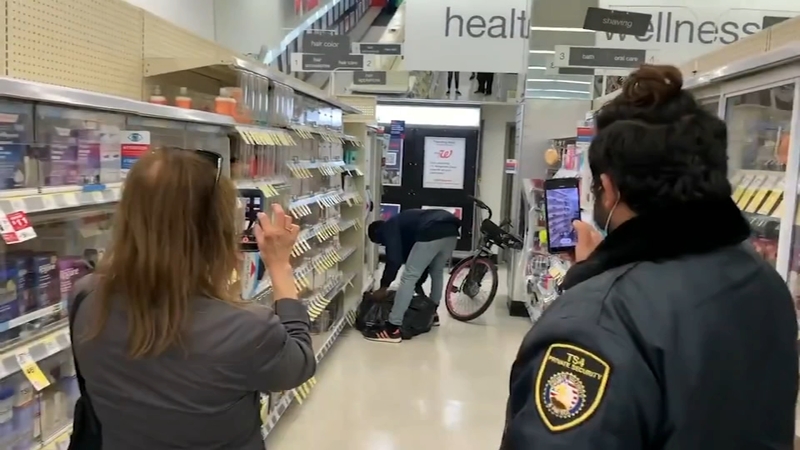 SAN FRANCISCO (KGO) -- The suspect seen in a viral San Francisco Walgreens heist video and caught in the act of another attempted theft will face a total of 15 charges, San Francisco's district attorney announced Wednesday.

The charges are in connection to seven shoplifting-related cases that occurred between May 11 and June 19, the DA's office said.

He was arrested over the weekend at another store on Haight.

Lugo-Romero is scheduled to be arraigned Wednesday afternoon.

"Local businesses and neighborhood stores are the backbone of our community, and we are working to protect San Francisco stores and consumers," District Attorney Chesa Boudin said in a statement. "In addition to our prosecutions, our office is engaged in numerous strategic partnerships, dismantling the criminal networks that make these crimes profitable."