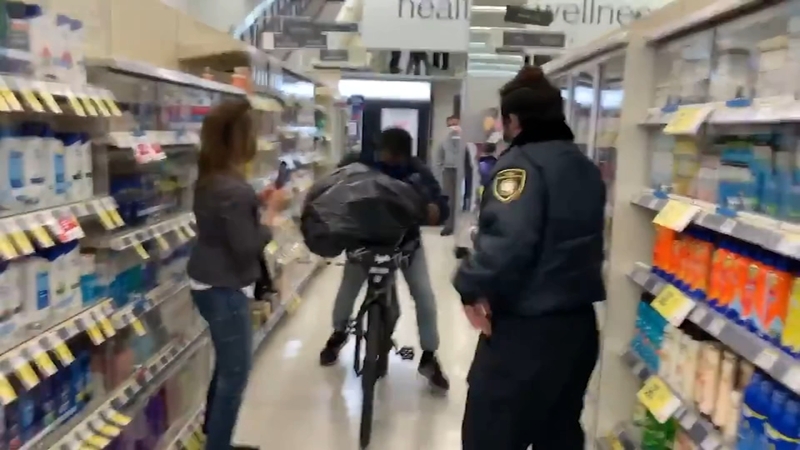 SAN FRANCISCO (KGO) -- According to the California Retailer's Association three cities in our state are among the top 10 in the country when it comes to organized retail crime--Los Angeles, San Francisco and Sacramento.

Already we are seeing the negative impact it is having in San Francisco with stores permanently shutting down or closing early. It has become one of the most pressing issues in our city today.

Target has now acknowledged that San Francisco is the only city in America where they have decided to close some stores early because of the escalating retail crime.

For more than a month, we've been experiencing a significant and alarming rise in theft and security incidents at our San Francisco Stores, similar to reports from other retailers in the area.

Target isn't the only store in San Francisco to make changes because of the continuous shoplifting. After 10 p.m. the 7-Eleven on Drumm St. in the Financial District only does business through a metal door. But first you have to ring the bell to let them know you're outside.

"This window was installed like two to three months ago because it was not safe. Sometimes they would break that glass of the door," explained Manager Bobby Singh.

Walgreens has already closed several stores for the same reason and security guards like Kevin Greathouse are told not to physically engage with those shoplifting.

"It's going to be lawsuits, obviously they don't want ourselves or anybody else to get injured while we're out here attempting to make these apprehensions and leave it to law enforcement," said Greathouse.

He carries with him a handgun, a taser and pepper spray, but thankfully he's never had to use them. On the other hand, he says people shoplifting have, at times, threatened him with a knife.

"I don't have any intention of getting stabbed for $60 worth of stuff," he added.

Most of them never get caught. The man shown on cell phone video allegedly shoplifting and leaving with a bag full of goods on a bike has been arrested.

"The question is will this person be held accountable for what they did and that needs to be part of the equation as well," insisted San Francisco Mayor London Breed.

That's where San Francisco Supervisor Ahsha Safai has stepped in. He's asked both the police department and the District Attorney's office to come up with a coordinated plan to reduce the organized retail crime and find out why San Francisco is apparently targeted more than anywhere else.

"These are people who are recruited, organized and are reselling these goods and San Francisco is hurting for it," said Safai.

He's given police and the DA's office a week to come up with an answer.