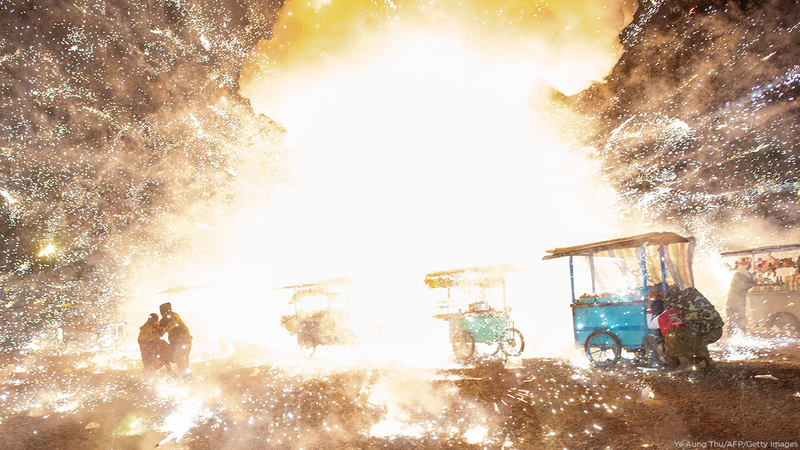 TANUGGYI, Myanmar -- A hot air balloon packed with pyrotechnics exploded over a crowd during a popular festival in Myanmar, sending revelers running for cover.

The frightening scene unfolded Nov. 14 during the Tazaungdaing Festival of Lights, an annual celebration that marks the end of the wet season in Myanmar. According to local media reports, festival organizers invite participants to launch unmanned balloons full of fireworks to usher in a new season.