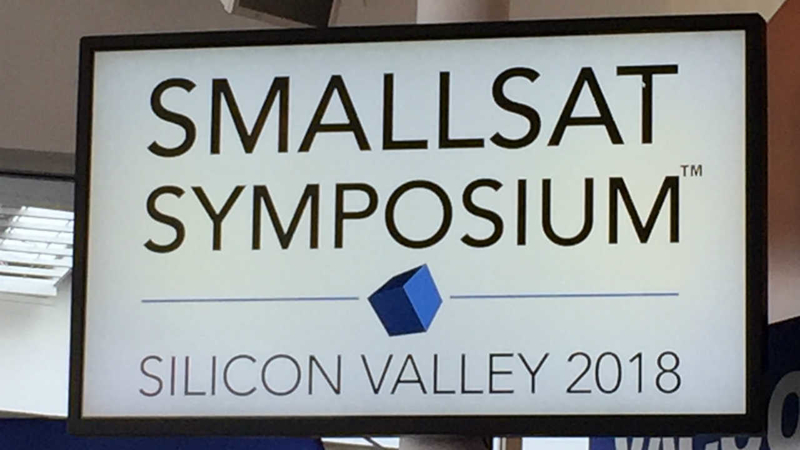 MOUNTAIN VIEW, Calif. (KGO) -- A new generation of satellites no larger than a loaf of bread, is leading to a call for collaboration by Lockheed Martin, an aerospace giant that has built over 800 satellites.

It announced a new initiative Wednesday called Lockheed Martin Open Space that is sharing some of its own technical knowledge and inviting start-ups and smaller space companies to share theirs for proposed projects for future satellite deployment. Kay Sears, VP of business development at Lockheed Martin, hopes that the initiative will lead to more research on climate and wildland fires and development of high speed data communications via satellite.

The announcement was made at SmallSat, a symposium produced by the publication Sat News at the Computer History Museum in Mountain View.

RELATED: SpaceX's Falcon Heavy rocket blasts off with Tesla Roadster on board

Lockheed Martin is convinced that many start-up's have valuable technology that they might not even know might work in space. "You have companies that are leveraging miniaturization, even from the auto industry," Sears said. "Other industries are kind of playing into this, and we believe there are space applications that can be improved with all of those technologies."

At last count, there are 28 public companies and 18 private companies doing space launches. SpaceX, owned by entrepreneur Elon Musk, is one of the private launch companies, which succeeded Tuesday in launching its heaviest rocket ever, the Falcon Heavy, from Cape Canaveral.

That excitement over that mission is one component of the fast-growing space industry. While some missions have as long-range goals such as colonization of Mars or mining of asteroids, others seek to provide high-resolution observation platforms, better GPS tracking and better weather warnings.

Michael Pollack works with space technology start-ups. "It's good to have a mentor like Lockheed nvolved with you," he said, "and having their established platforms available for use changes all this dynamic right now and can accelerate even more growth in this industry."