OAKLAND, Calif. (KGO) -- The family of an Oakland teenager is suing the city one year after a fallen tree limb killed their son at Lake Merritt near Fairyland. 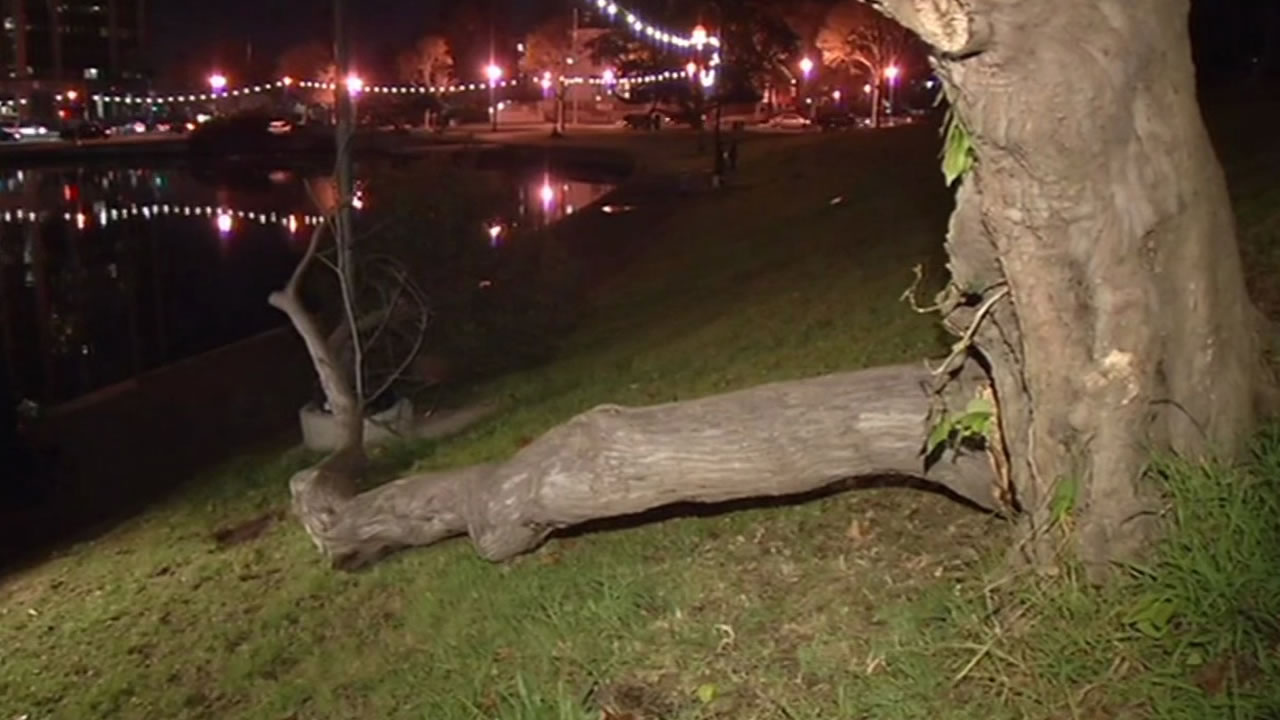 Those who knew him say this area near the lake makes them feel closer to 16-year-old Jack Lewis. "He was a wonderful person, he loved life and always saw the bright side of everything," Lisa Lewis said.

Parents and friends of Lewis returned to a hillside near Lake Merritt where the site has become a memorial for him where he is remembered for being authentic and adventurous. "We miss him a lot, it is unbearable for us at times, then other times we have nice, happy memories of him and it keeps us going," Mike Lewis said.

Last December, the 16 year old went there to celebrate a friend's birthday. Jack and few other friends climbed a tree, then the tree limb snapped, crushing Lewis and killing him.
The city of Oakland chopped it down shortly after that, but attorney John Weiner says the same tree was pruned and given a blue mark before the accident. "That's an indication that the tree is dead, dying and dangerous and the city of Oakland despite knowing this did nothing to protect the citizens," Weiner said.

The legal team's findings has led to the discovery of other aging trees at the lake.

Arborist Denise Britton showed us two other diseased trees nearby and says they are also prone to have falling branches. "This tree is in the process of failing and it has decay at the base," Britton said.

The area is well traveled, popular for tree climbing. "He was just being himself when this tragedy occurred," Mike said.