Tesla to build factory in China, its first outside the US 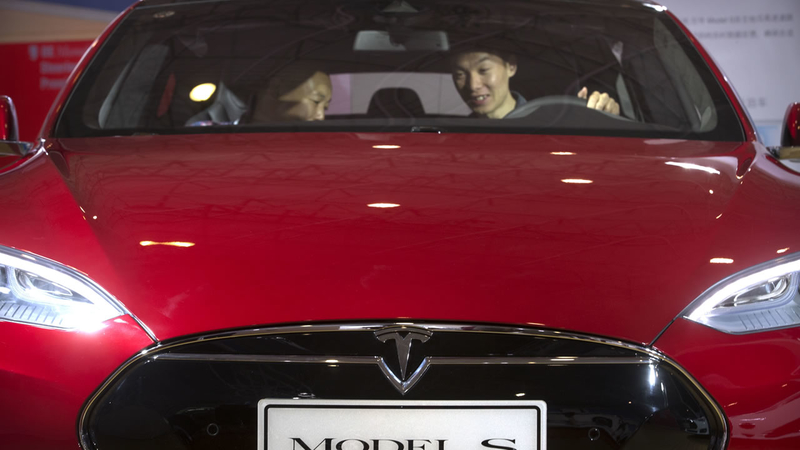 Tesla to build factory in China, its first outside the US

No financial details were announced. A city government statement said the factory would be the biggest foreign investment to date in Shanghai, a base for joint ventures between General Motors Co. and Volkswagen AG and a state-owned automaker.

Dr. Fred Barez, Director of the Hybrid Electric Vehicle Technology Laboratory at San Jose State University says Tesla's decision is a no-brainer. "Shanghai is a hotbed for manufacturing... it's also the financial district. That's where the money is so if you're looking for venture capital to support your plans, Shanghai is the right place."

The signing ceremony was attended by Tesla chairman Elon Musk, Mayor Ying Yong and other Chinese officials, according to the city government.

RELATED: Tesla to allow US, Canada customers to bypass reservation process for Model 3

China is the world's biggest electric vehicle market but Tesla and other producers including GM and Nissan Motor Co. had been reluctant to transfer manufacturing to this country due to the requirement to share technology with Chinese partners that might become rivals.

Tesla began selling cars in China in 2014, shipping them from its California factory, which added a 15 percent import duty to the price. Despite that, China quickly became its No. 2 market after the United States.

"Tesla is deeply committed to the Chinese market," the company said in a statement.

Tesla is among companies hit by additional 25 percent import duties imposed by Beijing in retaliation for a tariff hike by U.S. President Trump in a dispute over technology policy.

Automakers are pouring billions of dollars into developing electric car models for China.

Sales of pure-electric passenger vehicles in China rose 82 percent last year to 468,000, according to an industry group, the China Association of Automobile Manufacturers. That was more than double the U.S. level of just under 200,000.

Beijing is using access to its market as leverage to induce global automakers to help Chinese brands develop battery and other technology.

Auto brands in China are required to make electric vehicles at least 10 percent of their sales starting next year or buy credits from competitors that exceed their quotas. Later, they face pressure to raise those sales in order to satisfy fuel efficiency requirements that increase annually.

Tesla has approximately 10,000 workers at its production plant in Fremont. "The people in our city are actually changing our country, and changing the world with some of the things they do, and we are very proud. We feel like it started here."

Tesla said it also would set up a research and development facility in Shanghai.

The company said the China factory would not affect production in the United States, which is forecast to increase.

Tesla announced last year it was talking to the Shanghai city government about possibly building a factory.

The plan went ahead after Beijing said in April it would end limits on foreign ownership of electric vehicle producers this year.

Industry analysts said that the ruling Communist Party believes its own producers such as BYD Auto are close to being able to compete with global brands in performance and price.

Ownership restrictions on other parts of the auto industry are to end by 2022, the government said.

The city government statement said local authorities will "strongly support" Tesla as part of efforts to develop Shanghai as a center for electric research and production.

The Associated Press contributed to this story