After a disappointing night in the fantasy suite with Rachel, Zach seeks out Jesse for advice on how he should handle his situation.

This week on "The Bachelorette," Gabby and Rachel had their highly anticipated fantasy suite dates. Some went exactly as you might think, while others took an unexpected turn.

The couple reflects on their hometown date as they lounge by a body of water in the middle of the jungle in Mexico. Erich says it was hard to leave his dad due to his current health condition but that his family was "obsessed" with Gabby.

When presented with the opportunity to stay together in the fantasy suite, Gabby and Erich jump at the chance. Erich ultimately tells Gabby that he's in love with her and that he doesn't want to leave without her by his side. Unfortunately, Erich is getting increasingly bothered by the fact that there are still two other guys that Gabby could potentially end up with. Imagine getting bothered by your girlfriend dating other men? Wait...I think he might be onto something here.

Rachel says she could see a life with Aven but has to get down to the hard questions. She asks him if he can see himself getting engaged in a few weeks. To Rachel's delight, Aven says yes - he is 100% ready. She then proceeds to tell him that she's falling in love with him and that he's "the whole package."

The couple stays together overnight in the fantasy suite and are all smiles in the morning. Could Aven be the one for her?

After Tino's rocky hometown date, Rachel really wants the day to go well. She tells Tino that she is scared to move forward with him because his family didn't like her. She also asks if he would be able to move forward with her without his family's approval. He responds that it probably won't be overnight (side note: judging by their hometown date, I don't think their approval will come around by the end of this year) but that they will come on board eventually.

Tino tells Rachel that he is in love with her, and Rachel says that she loves him too. The couple stays together overnight in the fantasy suite, and all worries about Tino's family's approval are forgotten (for now).

The day starts off well with Gabby and Johnny drinking champagne on a boat and discussing how fast the time has gone. Gabby says she's hopeful about a future with him, but these hopes are quickly dashed when she asks him how he feels about an engagement at the end of their "journey."

Johnny dances around the question, but eventually tells Gabby that he wouldn't feel ready to propose in just a week's time. Though it's difficult, the couple says goodbye since they want different things and are at different places in their lives.

After reeling from her breakup with Johnny, Gabby receives a note from Erich saying that he needs to talk to her. He begins to rehash a lot of what they apparently talked about off-camera in the fantasy suite, saying that he feels like Gabby is cheating by going on the other overnight dates that week.

Though Erich reiterates that he's in love with her and is simply just scared to lose her, Gabby feels like he is pressuring her into making a decision.

Gabby and Jason's date is off to a good start with the couple playing a friendly game of tennis and talking about his hometown date. Although the day is off to a good start, Jason shares that he is not ready in terms of getting engaged and feels like Gabby doesn't really know who he is completely. She is very upset with this news as she had previously told us that she is truly falling in love with Jason.

The couple decides to talk things out - away from all the cameras - during their overnight portion of the evening. After having that difficult conversation, we find out that they decided to end the relationship.

The final overnight date of the season gears up to be a great one with Zach and Rachel enjoying a lighthearted day of drinking and dancing. They decide to stay together as a couple in the fantasy suite, but this is where things take a turn.

We find out that their overnight date was the farthest thing from a fantasy, leaving Zach feeling like Rachel perhaps was putting on a front this whole time. He seeks out our host, Jesse Palmer, for advice.

Zach tells Jesse that he feels blindsided and that once the cameras were away, Rachel was acting differently. He said she was very concerned about Zach's age and wondered if he was truly ready for an engagement. You can watch Zach's conversation with Jesse in the video player above.

Meanwhile, Gabby decides she needs to tell Erich how she really feels. She confesses her love to him and lets him know that he's the only man left. Erich is absolutely thrilled to hear this, and the couple shares a heartwarming moment.

Finally we are at the rose ceremony, but this time it's just Rachel and her remaining men: Tino, Aven and Zach. Before it can even begin, Zach pulls Rachel aside to talk.

Instead of seeing the fallout of this intense confrontation, we are brought back to an empty studio in Los Angeles with Jesse Palmer. He gives the audience the most ominous warning about the events about to unfold, but we'll have to wait until next week to see what happens.

This is truly set up to be the most dramatic season finale of "The Bachelorette" ever. Tune in next week for the first episode of the two-night finale event on ABC!

Bachelorette recap: Season finale ends in a breakup and an engagement 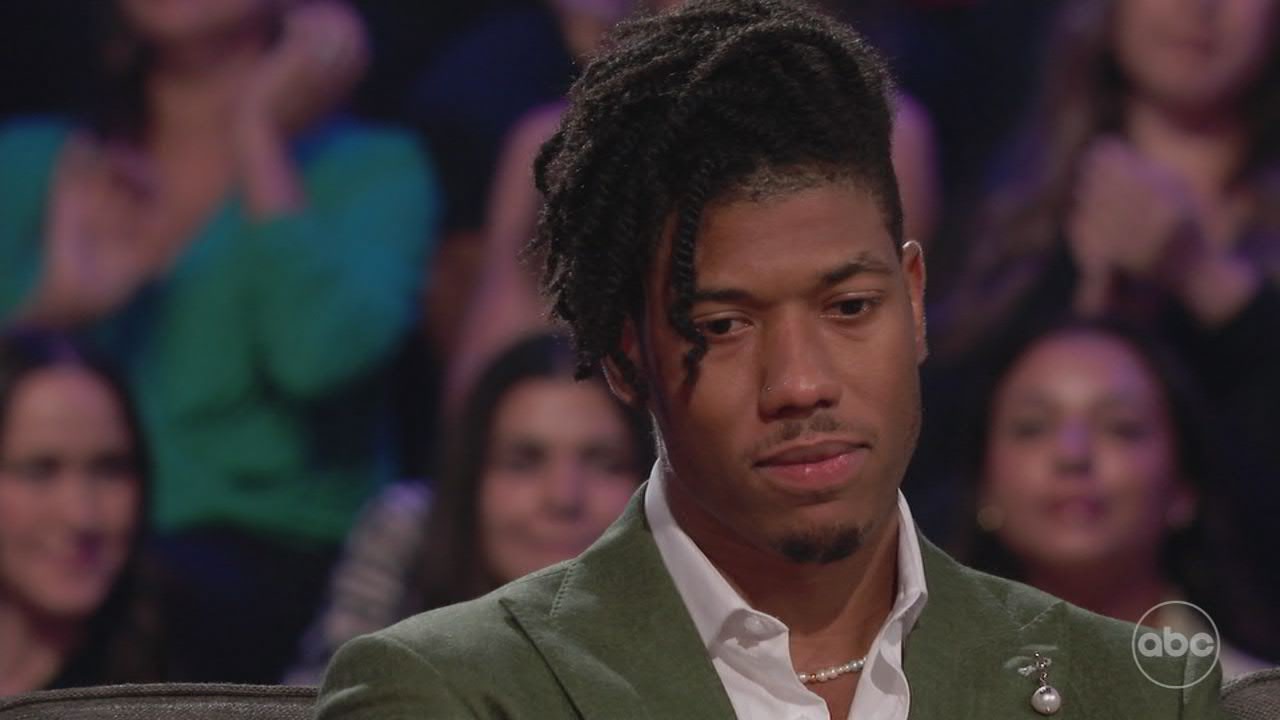 Bachelorette recap: Nate addresses rumors on 'The Men Tell All'