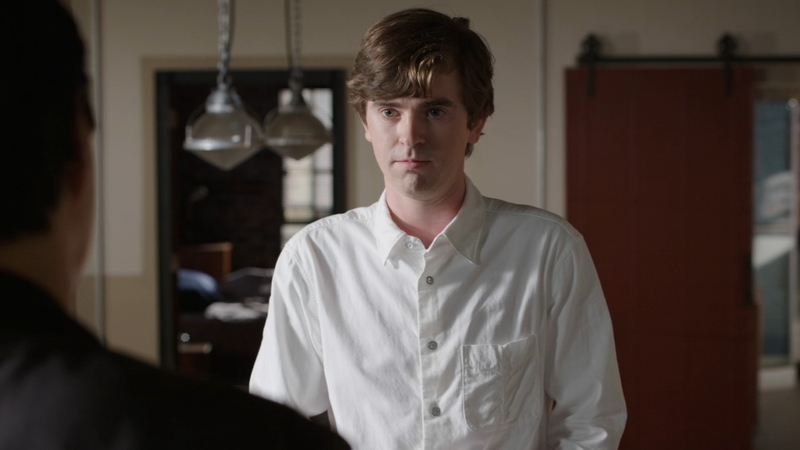 "The Good Doctor" returns for a fourth season on this ABC station, and it should come as no surprise that the surgeon with autism played by Freddie Highmore will be treating coronavirus patients in the two-part season premiere.

All involved returned to set with the world permanently changed and the way TV shows are made drastically altered.

They made a decision to meet this moment in all of its drama, and the star sees this as a chance to pay tribute to real-life first responders.

"We would've been doing them a huge disservice to somehow ignore the realities of our time and choose not to focus on that," Highmore said.

Filming has taken place under strict protocols designed to keep cast and crew safe, and there are far fewer people allowed around the actors.

"With the phrase 'depopulate the set,' they take the camera operators out of the room," Highmore said. "And they're doing stuff remotely. You feel a little bit more alone."

Protective gear must be worn at all times except when cameras are actually rolling.

"There are challenges and there are differences, but it just puts into perspective what real life doctors are having to do," Highmore said.

The star said that scenes of intimacy pose a special challenge, and he actually feels lucky in this regard.

"'The Good Doctor' isn't about sex," he said. "It's not about these incredibly intimate moments. I feel like other shows would struggle with that more than us."

That said, when the last season ended, "The Good Doctor" had just declared his love for his former roommate.

We see the pandemic hit just as Shaun gets romantically involved with Lea, and that allows the series to explore the pain of separation so familiar to so many of us.

"I love Lea, but we can't be together," Highmore's character declares in anguish.

The fight against the spread of COVID-19 is central to the plot of the first couple of episodes, but the star explained that it won't dominate the entire season of the show.

"Whilst it felt incredibly important to tell this story of the pandemic, we also wanted to be looking towards a hopeful future where that won't be the predominant thing in our lives every single day," he said.

Richard Schiff, who plays Shaun's boss, is married in real life to Sheila Kelley, who plays his wife on the show.

That helps when it comes time to film scenes between the two of them during the pandemic.