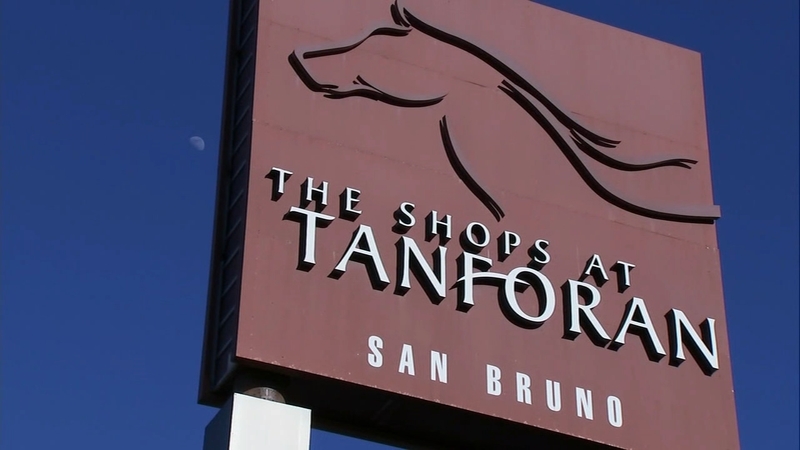 SAN BRUNO, Calif. (KGO) -- For decades, the Shops at Tanforan has been a staple for Bay Area families.

But, all that is set to change.

The San Bruno mall was recently bought by a Los Angeles-based developer and will soon be transformed into an office campus for biotech firms.

Eissa says like other local customers, she has many memories here.

"I remember as a kid we would play in the playground, like the mini playground. And then there was a train, and me and my brothers would ride on it when we were kids," said Eissa.

Surveillance video shows a person run into Maaz Jewelers at Tanforan Mall, and take a crow bar to the display case.

But it's not all sad news, says San Mateo County Supervisor, David Canepa.

Canepa says once complete, the new office space will bring in a slew of high-paying new jobs, a big win for both the City of San Bruno and the county.

But it's not just about the new jobs coming in, it's also about those going out. Several people tell us they don't want the rest of the community to get left behind.

Beyond the changes the transformation may bring, Canepa says it's also important for the new owners to recognize the area's historical legacy.

Long before becoming a mall, the spot served as an internment camp for Japanese Americans during World War II.

"Whoever purchases this property needs to recognize the history and what happened here," said Canepa.

But while the Shops at Tanforan are still shops, many here say they'll keep it enjoying it while they can, making memories the same way they've been doing for years.

"This was a place that brings back a lot of nostalgia and great memories. And just to know that this won't be here anymore is kind of sad," said shopper LeRoy Lucas.