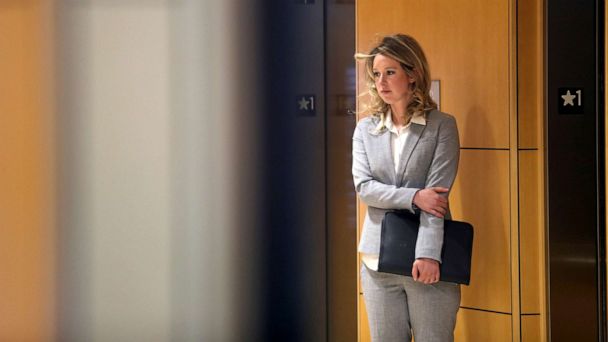 Theranos founder Elizabeth Holmes' criminal fraud trial for allegedly misleading investors as well doctors and patients about her blood-testing company is scheduled to start next summer.

A federal judge at the U.S. District Court in San Jose set a trial date for Aug, 4, 2020, for Holmes and her former No. 2 at the defunct company, Ramesh "Sunny" Balwani, during a status hearing on Friday.

The trial is expected to last for three months.

Holmes and Balwani, who prosecutors say were romantically involved while running Theranos, were each charged with two counts of conspiracy to commit wire fraud and nine counts of wire fraud in a federal indictment handed up last July.

Holmes claimed the Theranos technology required a few drops of blood to test for numerous diseases and at a fraction of the cost of existing lab tests.

"This indictment alleges a corporate conspiracy to defraud financial investors," John F. Bennett, the special agent in charge of the Federal Bureau of Investigation in San Francisco said at the time of the indictment.

"More egregiously, this conspiracy misled doctors and patients about the reliability of medical tests that endangered health and lives," Bennett said.

If convicted, Holmes could face 20 years in prison and a fine of $250,000 for each count of wire fraud and for each conspiracy count.

Both Holmes and Balwani have pleaded "not guilty."

Just a decade ago, Theranos was revered as a symbol of the best of Silicon Valley -- with a $9 billion valuation -- and seemed poised to disrupt the laboratory blood testing business with groundbreaking technology the company claimed could analyze blood with just a couple of drops at home. It also attracted investors such as the media mogul Rupert Murdoch.

The company's fortunes began to unravel after reporting from The Wall Street Journal suggested its devices did not deliver on their promises. The company and Holmes settled fraud charges with the Securities and Exchange Commission in 2018.