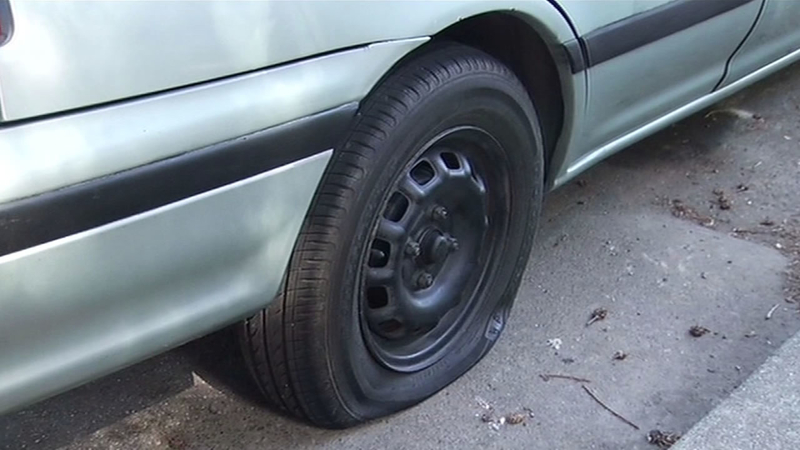 Tires slashed on 40 cars in Novato

NOVATO, Calif. (KGO) -- Residents in one part of Novato woke to an ugly surprise on Saturday. Vandals slashed the tires of more than 40 cars.

Most every car on the eastside of Fourth Street was hit. Everywhere you look, car after car, tires are flat. All slashed by vandals. Some treads are still deflating.

Police say the vandals struck overnight targeting 20 cars, but we counted at least 40.

"It's wrong. They need their cars for work. Sad people are doing that," said neighbor Gizelle Montano.

"I think it's sick, glad they didn't get my Corvette, those tires cost $500," said neighbor Mario Medeiros.

Mario's car was spared, but his son Matthew's Honda got punctured.
A lousy start to the weekend.

"You wake up and go, what the hell? Something you got to deal with on a weekend you wanted to relax after a hard week at work," said neighbor Matthew Medeiros.

"This is not the kind of thing that generally happens here. It's a real bummer for neighbors," said Lindsay Riddell with Habitat for Humanity.

"We are not rich people," said neighbor Jose Frias.

He is changing two tires on the truck he uses for hauling.

"And my brother's car is there, so the family has to pay for four tires," said Frias.