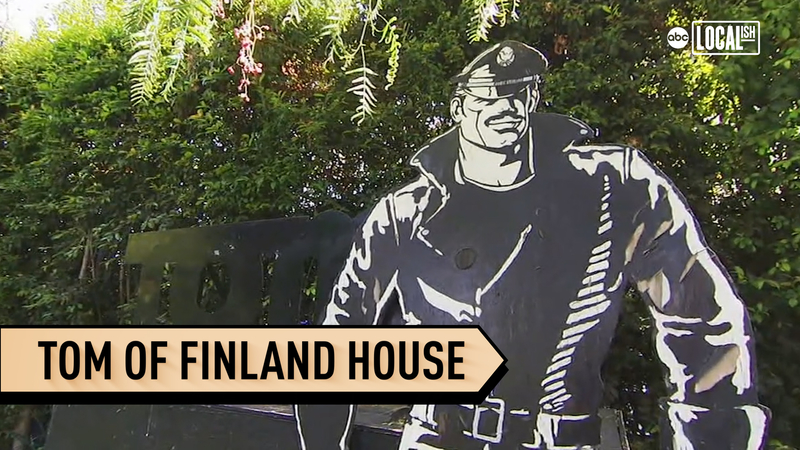 "When Tom first started creating a lot of these images, back in the 50s, there was a certain idea of what the homosexual male was," said Jamison Karon, a former artist-in-residence at the Tom House. "For him to create these super athletic, beautiful, exaggerated figures was like having our own gay little superheroes. We could see ourselves in those images and feel strong and beautiful."

"Tom House has been incredibly generous to me and to other emerging artists, especially in L.A., where it's a very tough landscape to navigate," said performance artist Marval A. Rex.