Bay City News
OAKLAND, Calif. -- Bay Area Bike Share is expanding into the East Bay in the next two years and on Thursday program planners released a map showing the proposed locations for 1,500 bikes in Berkeley, Oakland and Emeryville.

The Metropolitan Transportation Commission and Motivate have asked for public feedback on the map showing the locations of 66 proposed new bike stations.
The new stations, which will bring the total number of East Bay docking stations to 130, include locations in the Oakland neighborhoods of
Fruitvale, San Antonio and West Oakland and Berkeley's Southside, North Berkeley and West Berkeley, Bay Area Bike Share officials said.

"The planned system reflects countless hours of community input from neighbors and businesses throughout Oakland, Emeryville and Berkeley, as
well as our collective commitment to equity," Oakland Mayor Libby Schaaf, an MTC commissioner, said in a statement.

MTC and Motivate are a public-private partnership leading the program, which they say will eventually grow from 700 to 7,000 bikes by the end of 2018.

Last year, Motivate and MTC committed to placing at least 20 percent of the docks and bikes in low-income neighborhoods with large numbers
of minority or immigrant households.

"We're proud to have far surpassed our goals in terms of providing service to diverse communities across the East Bay and that membership will
be accessible to low-income residents at just $5 for the first year," Bay Area Bike Share general manager Emily Stapleton said in a statement.

Users can buy a membership for the day or the year, which includes unlimited trips of 30 minutes or less. The system will be renamed Ford GoBike
after its new sponsor, Ford Motor Company.

"Currently, with just 700 bikes in the system, we've seen over 1 million trips taken in San Jose and San Francisco over the last three years,"
Santa Clara County Board of Supervisors President Dave Cortese, also an MTC commissioner, said in a statement.

"We're expecting those numbers to explode once the system expands into the East Bay, and we have 7,000 bikes across the region," Cortese said.

The popular program's expansion to the East Bay is expected to begin next year. The map of all the proposed stations in the East Bay is
available here.
Related topics:
trafficberkeleyemeryvilleoaklandtransportationbikes
Copyright 2020 by Bay City News, Inc. Republication, re-transmission or reuse without the express written consent of Bay City News, Inc. Is prohibited.
BIKES
Belmont Library's new program allows people to check-out bikes
WATCH IN 60 SECONDS: SFSU bomb threat, girl saves family from fire, e-bikes return
E-bikes are back in San Francisco 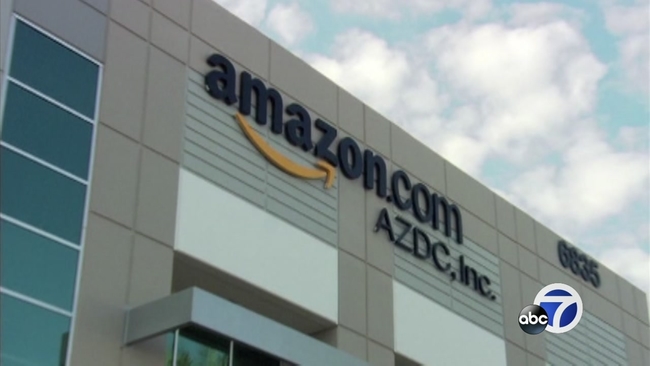