Concrete fell on the bridge's lower deck on Thursday and the bridge was closed much of the day, snarling traffic around the North Bay and East Bay.

A six-foot steel plate was initially installed as a temporary repair. On Friday night, engineers replaced it with an eight-foot plate to better protect the deck and improve the ride for drivers, California Department of Transportation officials said Saturday.

The bridge is safe and open to the public, Caltrans District 4 Director Tony Tavares said. No further closures are expected on the span Saturday or Sunday.

"Out of an abundance of caution, Caltrans engineers continue to monitor the bridge until the permanent repair is made," Tavares said.

The repairs next week are contingent upon the weather, and expected to take place between 9 p.m. and 3 a.m. to accommodate commuters, officials said. 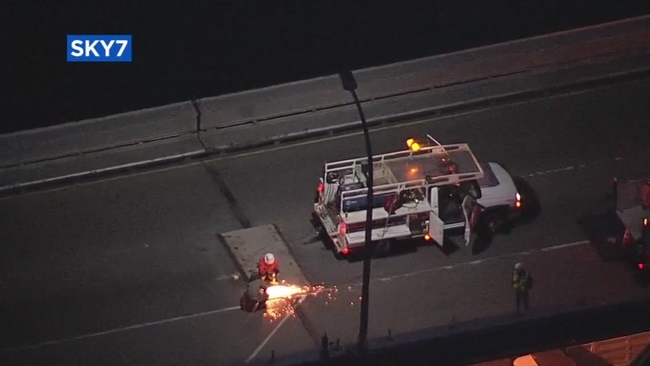