KGO
By by Katie Utehs
SAN FRANCISCO (KGO) -- A man wielding a metal rod led police on a more than 50-mile chase around the Bay during the Monday morning commute. SKY7 captured it from the air and our photographers on the ground got the strange beginning and dramatic end.

The driver, identified by officials as 28-year-old Anthony Nelsen Sorell of San Francisco, was arrested after the incident ended in Hayward Monday afternoon.

Stopped in the HOV lane on Interstate 80 at University Avenue the man danced in the bed of his truck while twirling what appears to be a metal rod. At one point he puts it down his shirt use as a back scratcher. CHP first received reports of the strange scene around 8:30 a.m.

A traffic camera picked-up the pursuit as the truck sped across the Bay Bridge headed into San Francisco.

The man at times waved the rod out the window, even taking both hands off the wheel as the truck drifted across lanes. SKY7's SKYMAP technology estimates speeds in excess of 80 miles per hour. From San Francisco, the driver turned South onto 101, sped down the Peninsula, across the San Mateo Bridge and back into the East Bay ending in Hayward.

A high-speed chase that started in Berkeley, crossed two bridges, and ended in Hayward ended after the CHP resorted to trick maneuvers to force a crowbar-wielding man to lose control and stop his car. https://t.co/JThsyXoYSQ pic.twitter.com/1pGkr2ra5q

CHP deployed a PIT maneuver to stop the truck, essentially bumping it and boxing it in with other patrol vehicles. After pushing the truck officers surrounded it and safely pulled the man into custody.

"We were just trying to stop this in a safe manner," said Ofc. Moises Escoto, CHP Redwood City.

VIDEO: Man with metal bar dances on car on I-80 in Berkeley before chase through Bay Area
EMBED More News Videos

A high-speed chase that went through several parts of the Bay Area all began when a man pulled his vehicle over to the median on I-80 in Berkeley and started dancing on top of his car while shaking a metal bar around.

As the driver sat on the curb in handcuffs ABC7 News Photographer Patrick Sedillo asked him some questions.

Sedillo said, "You could have hurt a lot of people. What do you have to say about that?" The man responded in a mumble, "That's like, that's California."

"It's never good to elude at any point or failure to yield for anything. You're putting the motoring public in danger," said Ofc. Escoto.

CHP says the driver is the registered owner of the truck. He's facing several charges and may have been under the influence of drugs or alcohol. 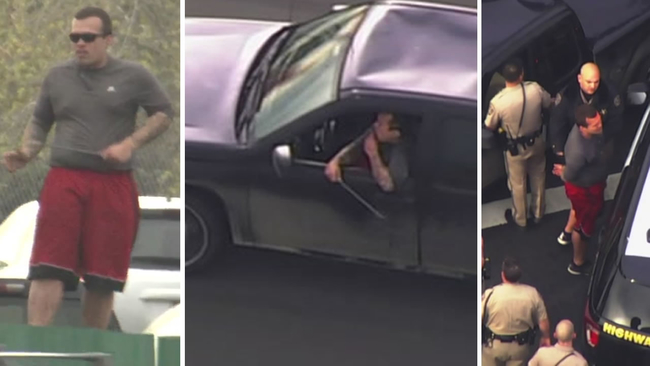 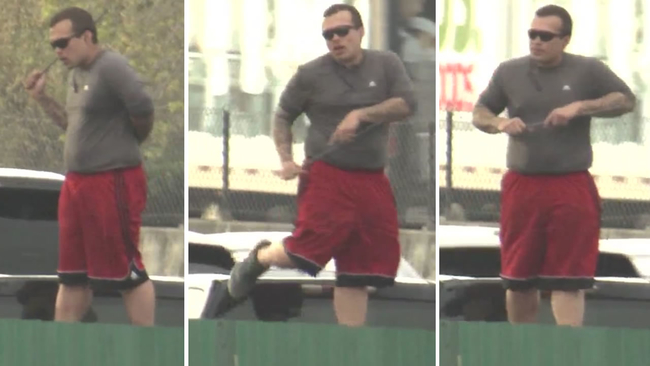 VIDEO: Man with metal bar dances on car on I-80 in Berkeley
HIGH-SPEED CHASE 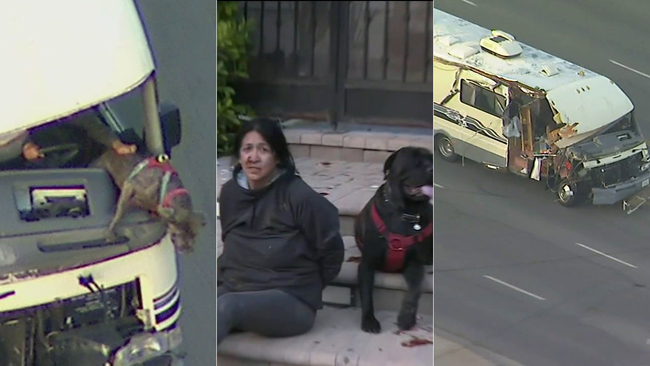