KGO
By Kate Larsen
SAN FRANCISCO (KGO) -- The central subway project in San Francisco is eight years in the making, has missed its deadline to open this month, and is tens of millions of dollars over budget.

Nevertheless, city leaders met with the community tonight to discuss extending the subway.

But the Central Subway project isn't expected to open until next December. Nevertheless, SFMTA staffers held a meeting to discuss extending the subway to Fisherman's Wharf and then further west to the Marina and Presidio.

Uchida said, "We're still several years away, assuming that we hear community support and we have the funding to move forward before we could put a shovel in the ground."

Patricia Vaughey lives in the Marina and is opposed to the extension.

"Why are they planning this instead of trying to fix what they've already made mistakes on?"

In May, independent auditors discovered that the Central Subway contractors laid 17,000 feet of the wrong type of track, adding to the delays. Still, many are optimistic about an extension.

Stephen Taber, with Russian Hill Neighbors, said, "The sooner we get it started, the sooner we're going to have it in operation."

Taber lives in Russian Hill and is part of an advocacy group for the extension. He feels the extension to the north part of San Francisco is critical for commuters.

"We want to get them to where they wanna go quicker and more efficiently and with less congestion."

"If we want people out of the cars, if we're going to be a transit first, we have to plan adequately for that." 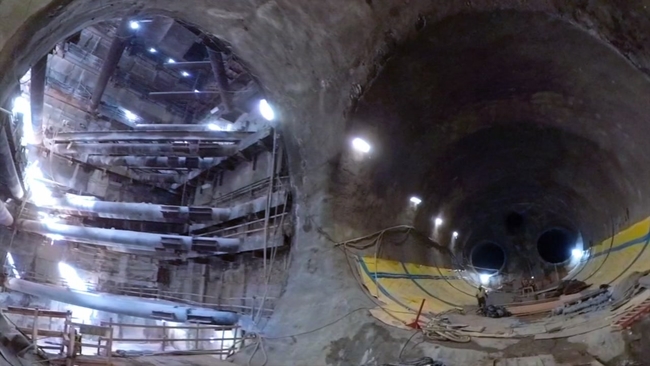