At the end of the workday many commuters eager to get home were stalled due to the damage on BART tracks and debris on the roads.

The system was recovering from earlier problems and service disruptions, but major delays continued to affect the evening commute.

Service was restored between the Hayward and South Hayward stations at about 6:40 p.m. after a large tree fell on the tracks in the area around 3:50 p.m., BART officials said this evening.

Service was also restored between the Pleasant Hill and Concord stations and between the 24th Street and Daly City stations following disruptions caused by wind-blown debris, BART officials.

In addition, service has been restored on the line between Oakland's Coliseum Station and Oakland International Airport after a disruption caused by a PG&E power outage, officials said.

Trains continue to run at reduced speeds this evening due to high wind speeds, and BART officials are warning commuters to expect delays.

Tuesday's first service disruption occurred around 1:15 p.m. between the 24th Street station in San Francisco and the Daly City station after a large tree fell on the tracks between the Balboa Park and Glen Park stations, according to BART officials.

Crews finished removing that tree, which was described as being around 1 foot in diameter and around 30 feet long, shortly before 4:45 p.m., officials said.

Crews chopped off the limbs got the large trunk off the rails. The tree collapse stopped BART traffic in both directions

After a four hour disruption in service, BART trains finally appeared at Glen Park station and some passengers had been waiting the entire time.

In the meantime, passengers were told of their options. Muni service was available between Daly City and 14th and Mission streets. Gate agents gave riders stickers for free rides.

BART service between Concord and Pleasant Hill was also halted around 2:25 p.m. after a westbound train struck wind-blown debris on the tracks between stations, according to BART officials.

The approximately 100 passengers on the affected train were transferred to another train and BART established a bus bridge in the area until service was restored, officials said.

An additional service disruption that occurred shortly before between the Castro Valley and Bay Fair stations was resolved by 3:20 p.m. That disruption was caused by an equipment problem on the tracks and it is unclear whether it was wind-related, BART officials said.

Caltrain also experienced delays Tuesday night, one track was blocked and Caltrain was single tracking around the obstruction.

That's delayed all trains running between San Francisco and San Jose. That eucalyptus tree blocked both tracks for a short time. 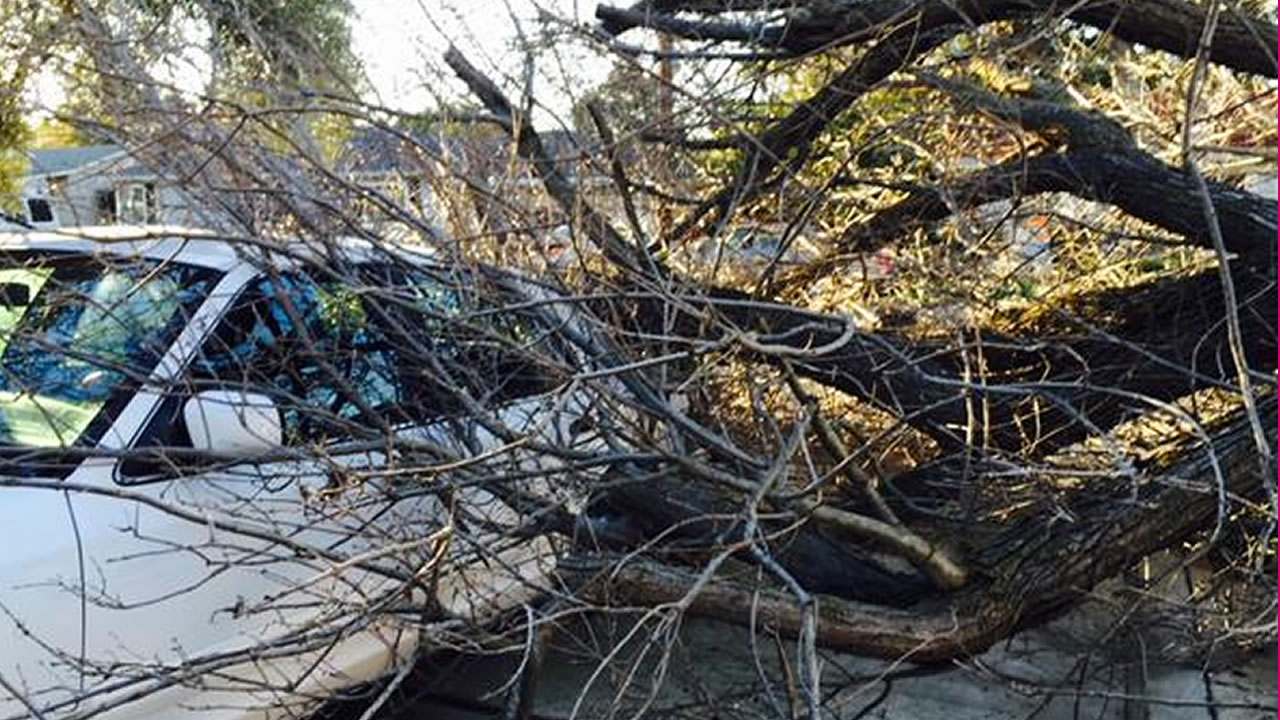 Windy weather felled trees in cities across the Bay Area