Airplane rolls off runway, through fence onto San Jose roadway 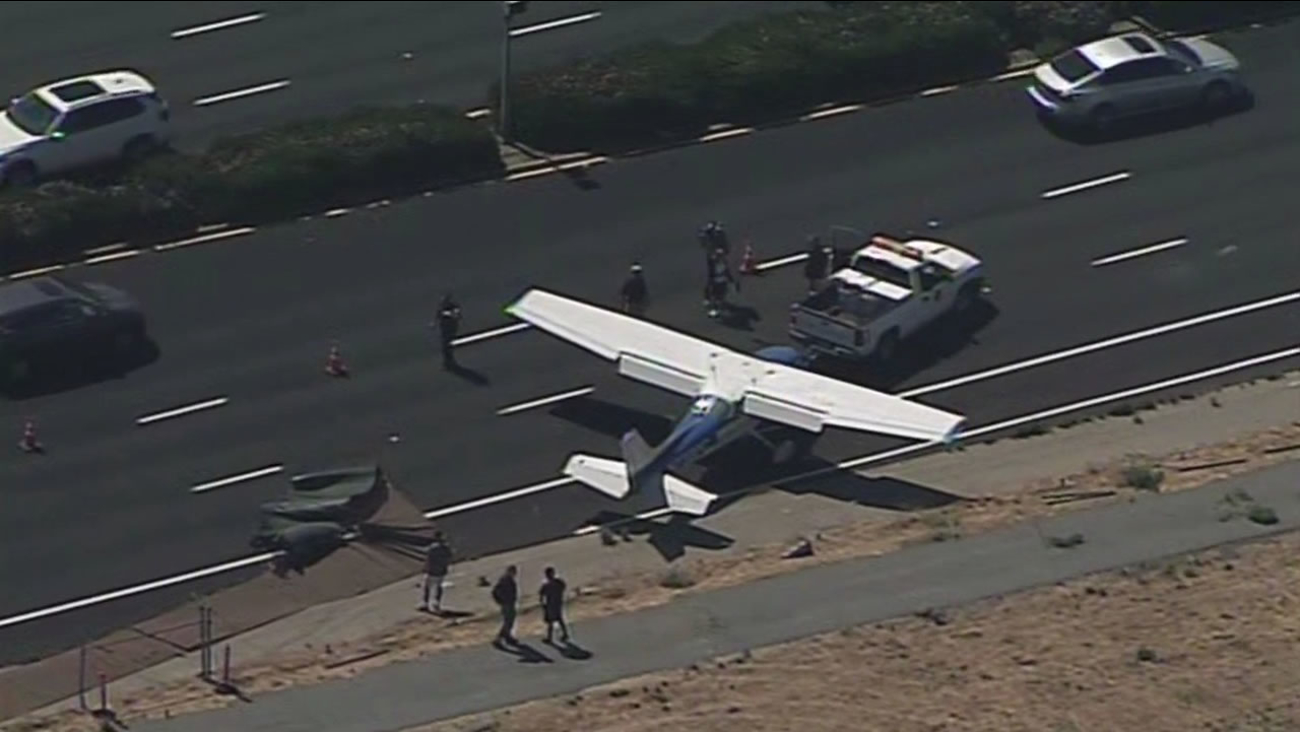 This image shows a plane in San Jose's Tully Road after it went through an airport fence August 10, 2016. (KGO-TV)

SAN JOSE, Calif. -- A small plane trying to take off at Reid-Hillview Airport in San Jose this morning instead crashed through a fence near the runway and ended up blocking part of a major thoroughfare in the city, a fire spokesman said.

San Jose firefighters got a call at 10:38 a.m. about the incident at the airport and arrived four minutes later to find the plane had overran the runway, crashed through the fence and came to a stop on Tully Road, fire spokesman Capt. Christopher Salcido said.

Salcido said two men in the plane, the pilot and passenger, were not injured. He said it was also fortunate that no vehicles were struck by the plane on Tully Road, a busy street in the city.