How Tofurky made its way to Thanksgiving tables nationwide 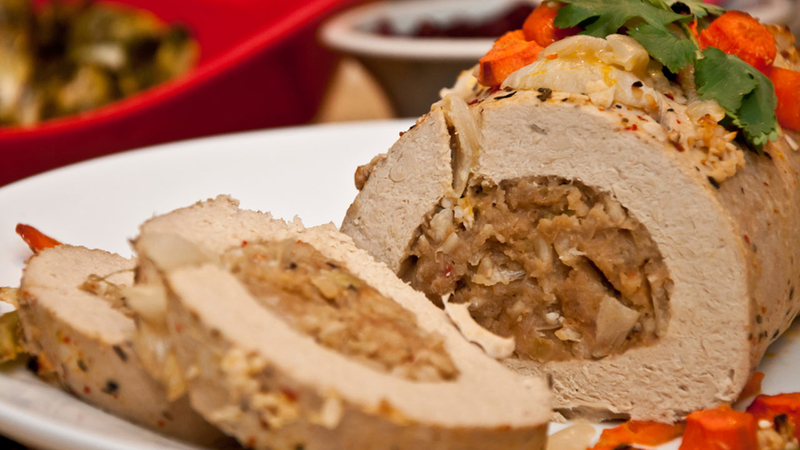 A Portland, Oregon man has millions of reasons to be thankful today and its all thanks to his creation 20 years ago, Tofurkey.

Seth Tibbott is a millionaire many times over because of the faux turkey made out of tofu. Tibbott was among the few vegetarians in the US in the 1970's, but those vegetarian side dishes and salads just weren't as appealing as a real turkey, the traditional thanksgiving centerpiece.

Tibbott started experimenting with more appetizing ways serve soy. He created pumpkins stuffed with soy and even gluten roasts, but no one seemed to bite. Then Tibbott, a professional soy crafter, came up with Tofurkey roasts in 1995.

The torpedo shaped, fake meat sold slowly at first and and became the butt of jokes on late night talk shows., but 20 years later Tibbott has sold nearly 3 and a half million tofurkeys and in homes across the country, giving those vegetarian relatives a comfortable place at the table.