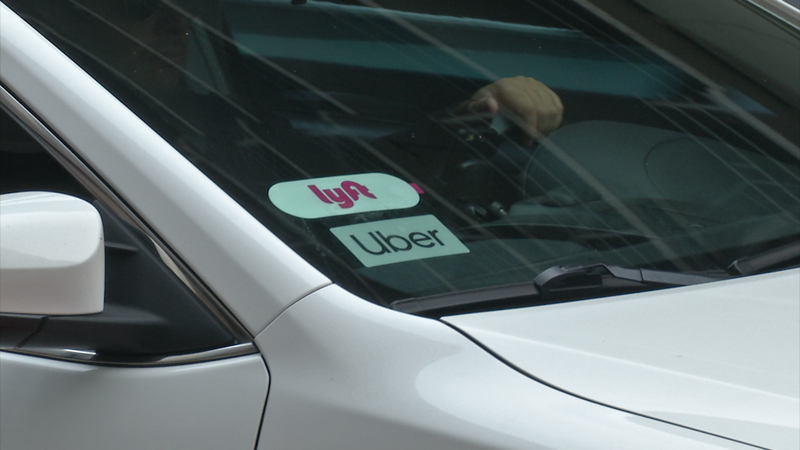 Ride-share companies like Uber and Lyft tout their flexible schedules and easy money as good for workers. But is that easy money any good? We found out.

SAN FRANCISCO (KGO) -- Rideshare companies like Uber and Lyft tout their flexible schedules and easy money as good for workers. But experts say these aren't great jobs today and probably won't be in the future.

Steve Gregg of Antioch has driven for both Uber and Lyft for the three years.

Steve says the money was also better than he expected, he used to make $1,500 a week.

"I could do pretty good a couple years ago. Now? I just struggle," said Gregg.

Now working 50 hours a week, he says he's lucky if he makes $700 after paying for gas and other expenses.

RELATED:Rideshare Reality: It's challenging to make a living

We are launching another #BetterBayArea Commute Challenge! This time we are putting taxis, and ride-hailing services to the test. Watch #MiddayLive and follow all the action with @DustinABC7 and @MelissaABC7! https://t.co/G8xIPQ7RT6

Steve is not alone. Many drivers are seeing their pay shrink as more people sign up, and these start-ups look to turn a profit.

Just how much Uber and Lyft Driver's make an hour has been a closely guarded secret of rideshare companies. Until now.

Michael Reich is with the Center on Wage and Employment Dynamics at U.C. Berkeley.

"These jobs don't really pay very well when you net out what the expenses are," said Reich.

Reich was able to access data not available in other states.

Round 2 of ABC7’s Commute Challenge starts at 5 p.m. Do you think @MelissaABC7 in her rideshare will beat @DustinABC7 in his taxi again? https://t.co/l2dHiYFzpt

"We were the first to actually look at the industry as a whole," said Reich.

He produced a report that he believes is representative of what is happening in other large cities.

"I think it's a good example of what's happening in big central cities," said Reich, "Paris, London, San Francisco, Chicago from what I know are very similar."

Professor Reich was hired by the New York City Taxi and Limousine Commission to figure out just how much ride-share drivers make in that city.

"Over 90-percent of them were making less than the equivalent of 15 dollars an hour," said Reich.

Subtract the costs of driving and drivers on average were making less than $13 ($12.78) an hour.

The report also provided some interesting details about drivers as well. Among them:

-Rideshare companies in New York accounted for 600,000 rides a day.

-80-percent of drivers use ride-sharing as their primary source of income.

-Half of the drivers support children.

-40-percent had incomes so low, they qualified for Medicaid.

"For those who really rely on this as a job. A job, job. It's not a very good job and it's getting worse," said Reich.

Marina Gorbis is with the Institute of the Future in Silicon Valley. She says these ride-sharing jobs "are destroying the kind of jobs that came with a certain amount of security."

Gorbis says ride-share companies are bad for workers because they fail to offer the security and benefits full-time jobs generally offer.

"Vacations, holidays training, all of that, that's like an additional 40 to 50 percent of your salary," said Gorbis.

"They may not have been great jobs," said Gorbis, "But they were jobs that a lot of times included higher wages, included all these other benefits."

Gorbis points to bus drivers as an example. San Francisco's Muni pays $47,000 to $77,000 a year with health benefits and a pension. But they can't find enough drivers to cover all their routes. Even though city streets are overrun with Uber and Lyft drivers.

The future is bleak. The Institute's research shows that ride-share driving jobs could eventually go away completely. Many companies are already in the process of testing alternatives, a driverless future, one where self-driving cars will take over for human drivers.

Drivers are a cost, and as a corporation, you are trying to minimize cost, so yes, the more you can get rid of drivers, the better off you are," said Gorbis.

There's no telling when that might happen, but for drivers like Steve Gregg, the clock is ticking, as companies take more from his fares, he says his life gets harder.