Worries about crowd control are mounting in Berkeley in preparation for a Thursday event for political commentator Ben Shapiro at UC Berkeley's Zellerbach Hall. Berkeley's police chief wants to add the use of pepper spray to officers tool kits as they face what they call armed groups using clubs, shields, and projectiles.

Berkeley's police chief wants to add the use of pepper spray to officers tool kits as they face what they call armed groups using clubs, shields, and projectiles. He told the Berkeley City Council at a special emergency meeting that pepper spray is markedly more effective against people armed with shields.

During a public comment part of the meeting activist, Kalar Ensley said, "The city would not need pepper spray if there were no white supremacists allowed."

On Feb. 1, masked extremists triggered a riot that kept right-wing commentator Milo Yiannopulous from speaking at the UC Berkeley campus.

The spring clashes between Trump supporters and opponents also turned violent and nasty.

Last month, Berkeley police confiscated weapons and banned masks, which according to the city, diminished violence.

Now, they want permission to use pepper spray and overturn a 1997 rule that banned its use during demonstrations. The vote passed, approving its use by police Tuesday afternoon.

An anti-fascist group bows to stage a counter protest before and during Shapiro's speech Thursday evening.

Sansara Taylor with Refuse Fascism said, "Ben Shapiro after him, Milo, Ann Coulter, Steve Bannon -- these people are targeting Berkeley and what's happening in Berkeley is setting a precedent for the whole country."

UC Berkeley police are expected to cordon off a huge area around Zellerbach Hall that includes Sproul Plaza, only allowing ticket holders inside the perimeter.

The mayor is worried that if Sproul Plaza is blocked, it's going to push the protests onto the city streets, but he says they'll be prepared. 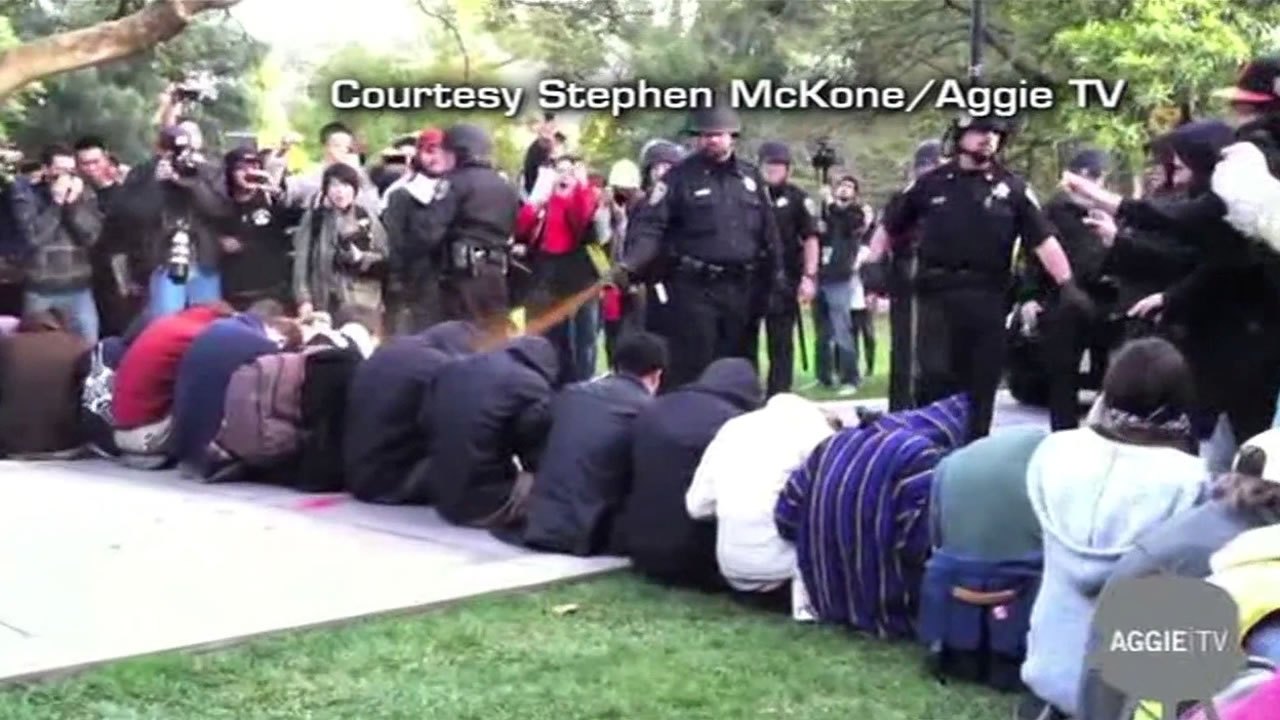