IRVINE, Calif. -- When student government representatives at the University of California, Irvine voted to ban all flags - including the American one - from their tiny office, they thought they had found a solution to a battle over freedom of speech that began when someone first tacked a U.S. flag to the wall in January. The flag had been at the center of an increasingly bitter game of cat-and-mouse, with some students taking it down repeatedly and others replacing it in the dark of night.

Last week, six student legislative council members passed a resolution banning all flags from their office space, saying the U.S. flag could be viewed as hate speech because some consider it a symbol of colonialism and imperialism. The executive cabinet of the Associated Students organization vetoed the legislation two days later - but it was too late.

The vote prompted a furor: Taxpayers protested on the campus plaza, the school was bombarded with angry comments on its social media sites and one state lawmaker proposed a constitutional amendment that would prohibit state-funded colleges and universities from banning the U.S. flag on campus. On Thursday, student government meetings were canceled for the second day in a row because of an unspecified threat.

The debate resonated on the ethnically and religiously diverse suburban campus south of Los Angeles, where tensions over freedom of speech have taken the national stage several times before. For years, Jewish students and members of the Muslim Student Union have sparred in a dispute that came to a head in 2011, when 10 Muslim students were arrested and prosecuted for disrupting a speech by Israeli ambassador Michael Oren. In 2007, federal civil rights investigators looked into complaints of anti-Semitic speeches given at the university by invited Muslim speakers, but they found the comments were directed as Israeli policies, not Jewish students.

"It's the nature of young minds questioning and activism at a young age. I think people notice it at UCI more because they think, 'Oh, that's the quiet conservative campus in the middle of Orange County.' But the reality is the students are from all over the place and they're testing out their ideas just like they are at any other campus," said Cathy Lawhon, university spokeswoman. About 14 percent of the university's nearly 30,000 students are from other countries.

The tension between Muslim and Jewish undergraduates has calmed recently, and President Barack Obama gave the university commencement speech last spring. So current students said they were dismayed to be in the national spotlight again on freedom of speech issues.

Daniel Kellogg, a fourth-year cognitive sciences major, wore a muscle shirt emblazoned with the American flag as he walked across campus to drop off a term paper. The attention was unsettling, he said, particularly since UC Irvine was being portrayed nationally as a hotbed of anti-American fervor because of the actions of six students.

"We have a lot of international students, and I could see how somebody could possibly be uncomfortable by a gigantic flag in the middle of the common area. But at the same time, this is the United States, and they should just get used to that," Kellogg said.

Meeting minutes show legislative council members grappled with whose rights were more important as they voted: those offended by the flag or those who were offended by its removal. One council member noted that an anonymous letter that criticized the flag was free speech but taking it down was impinging on the free speech of others who wanted it left up.

Associated Students President Reza Zomorrodian did not respond to emails nor did any of the legislative council members involved in the vote or the resolution's author. But in a statement earlier this week, three of the six students who passed the resolution said that they were grateful to be "privileged enough to even have these kinds of conversations" and said they had meant to create a "safe, inclusive space" for all students.

Some students said they understood the council's impulse even if they didn't share strong feelings against the flag.

"It's cool that some legislative body did something," said Nickolas Jones, a graduate student in psychology. "It's great we're trying to be sensitive to people with different sensibilities. I'm not saying it's wrong or right."

The debate is in line with a trend that's happening at campuses all across America, said Peter Bonilla of the Philadelphia-based Foundation for Individual Rights in Education. Students are increasingly sensitive to speech they disagree with and are more likely to try to suppress those expressions by labeling them as hate speech, he said, rather than ignore them or find ways to engage.

In Irvine, Bonilla was struck by how the resolution specifically said the U.S. flag could be seen as a symbol of colonialism and imperialism and could thus its very presence could be considered hate speech.

"One of things we are seeing a lot of is a kind of false dichotomy that students make that there's a legal distinction between free speech and hate speech," he said. "In reality, almost all hate speech is quite clearly free speech, and we have to fight that mindset a lot and do education for the students and the public." 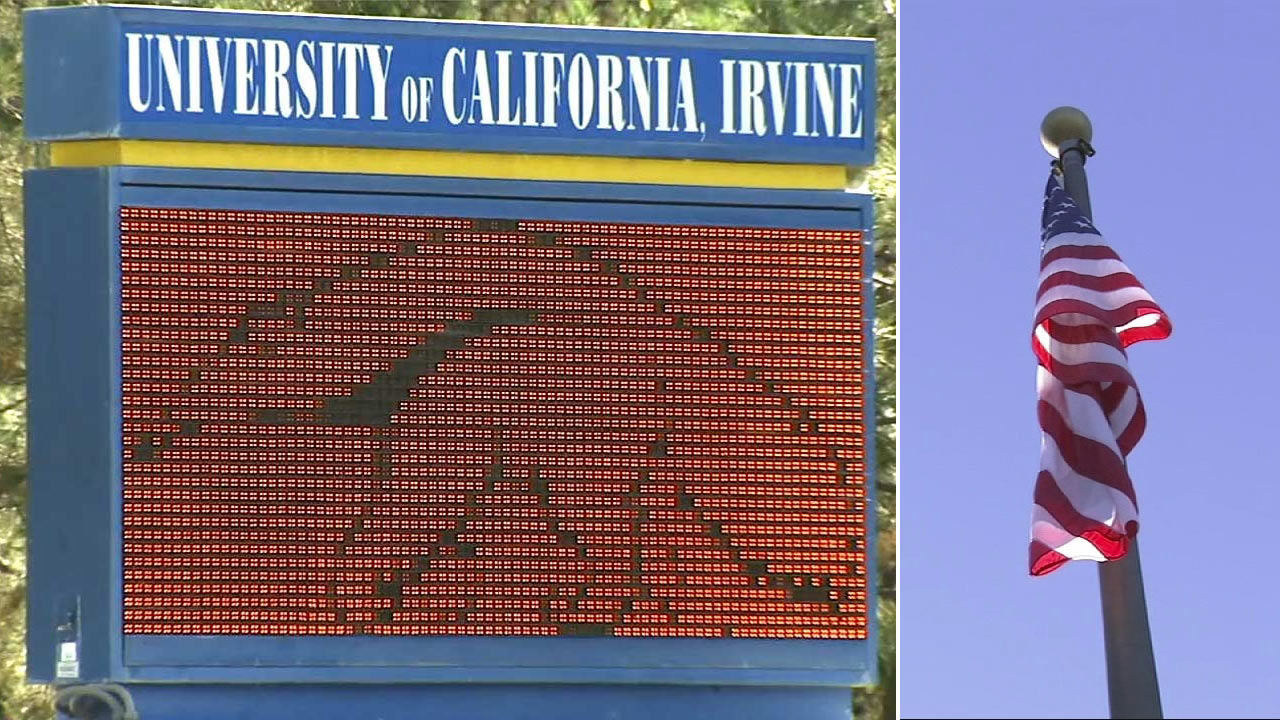