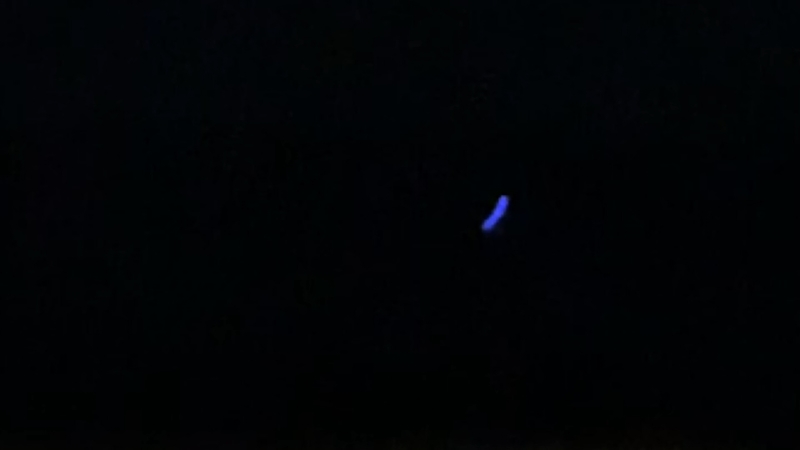 FAA agents confirm they did receive reports about the UFO from police, who were getting several 911 calls about it.

The callers all said they saw a large blue object fall out of the sky and into the ocean.

Multiple videos show the object flying in the night sky near Haleakala Avenue in Nanakuli.

"I look up and then I was like oh s***," Mistina Sape said in an interview with Hawaii News Now "(I) started calling my husband then because they were all in the garage. I was like 'hey. Come look up there. See if you see what I see.'"

"I don't know what it was. This one was going so fast," Sape said.

Sape has never been a believer in UFOs, but the bright blue object intrigued her so much that she jumped in the car and followed after it.

Her investigation ended three miles later when the blue light, which she described as being larger than a telephone pole, appeared to fall into the ocean. It crashed through the water without making a sound.
That's when Sape and her husband called 911. When officers arrived, they all spotted a second light in the sky.

"My husband went (to) look up and he saw the white one coming. The white one was smaller; (it) was coming in the same direction as the blue one."

The white light passed over a nearby town and disappeared from view.

Honolulu Police Department said it did not have any information about the case it could release. However, the FAA said it received a report from the department about a possible airplane down in the area.

The FAA said it did not have any aircraft disappear off the radar nor any reports of overdue or missing aircraft.