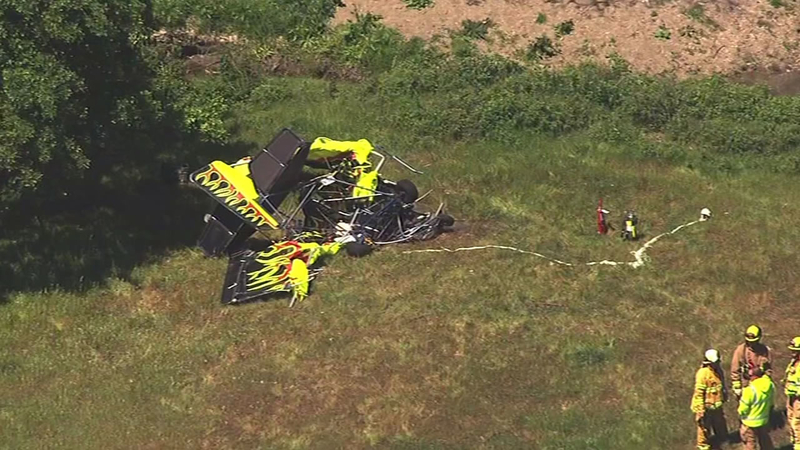 SKY7 HD was overhead and captured the wreckage where the pilot, the sole occupant, was found dead.

Workers at a Kendall Jackson Vineyard are used to seeing small planes fly overhead, but Friday they heard a disheartening noise.

"I see the airplane fly that way to the airport. We hear a little noise like explosion, like really low, then come down," Hugo Gallardo, a witness said.

Gallardo ran to check on the pilot, and emergency responders confirmed what he already knew.

The Sonoma County Sheriff's Department said the pilot of the ultralight MXLII died in the crash. The wreckage was just about a mile away from the Petaluma Airport.

Friends of the pilot came to the crash site. They say he'd been learning to fly for about six months and planned to take his pilot's test this week.

A veteran pilot says this is a common area for new pilots and small aircraft to fly because there's so many fields for emergency landings. He remembered two emergency landings in the past 10 years. Those pilots survived. He doesn't understand why his friend did not.

the National Transportation Safety Board will investigate the crash.

The pilot's identity has not been released.

Breaking: Video of the scene where one person died in a glider plane crash. Happened around 12:30 pm pic.twitter.com/QE80gD2G50