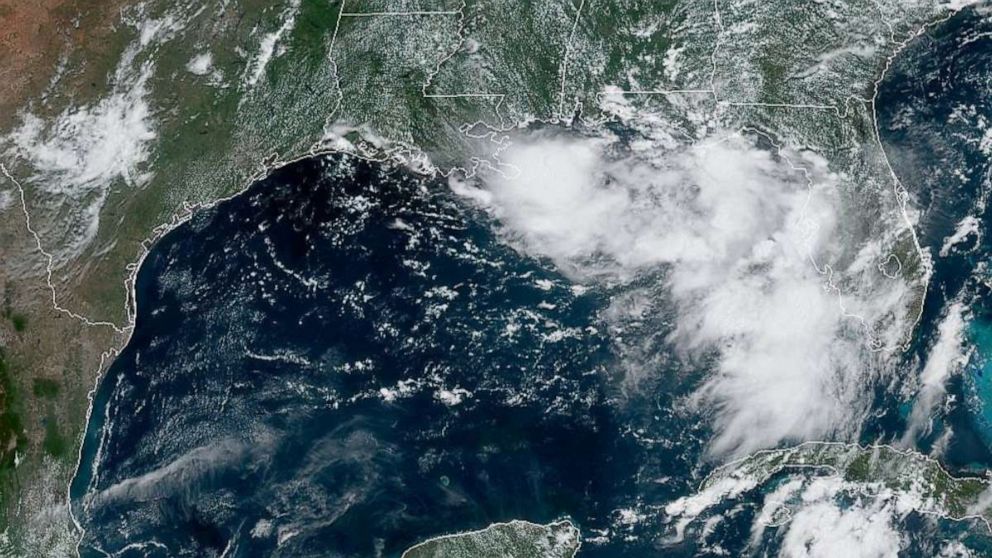 The Gulf Coast is bracing for heavy rainfall from a potential tropical storm system as officials revealed that the country has broken the record for the wettest 12-month period for the third time this year.

The news comes as the National Oceanic and Atmospheric Administration announced that there have been six $1 billion weather and climate disasters so far this year. Since 1980, there have been 250 such events -- an average of six a year.

A tropical depression is expected to form in the Gulf by Thursday and will likely hit somewhere between the western Florida panhandle and the northern Texas coast, the National Weather Service announced Tuesday.

The system has the potential to produce heavy rainfall in the affected areas, but it is too soon to determine the magnitude and location of any potential wind or storm surge impacts at this time.

Rainfall in the U.S. has broken records a stunning three times this year, with above- to much-above average participation in the Deep South through the Mississippi and Ohio river valleys as well as the East Coast, according to the NOAA.

Flooding persisted along many of the major river systems and their tributaries across the central U.S., including the central and lower Mississippi River, the Missouri River and the Illinois River.

The nation's capital saw more than 3.4 inches of rain on Monday -- a daily record -- with most of it falling in a single hour as nearby regions saw half a foot and flash floods.

More than 100 water rescues were required in and around Washington, D.C., on Monday, including 15 people saved from vehicles trapped by high water.

More flooding is possible later on Tuesday as a new system moves through the Plains and western Great Lakes. The most severe storms are likely to be in Wyoming, South Dakota and Nebraska, all of which could see damaging winds, hail or an isolated tornado.

This system on Wednesday is expected to head east and produce severe storms in the Midwest and Great Lakes regions. Damaging winds, hail and an isolated tornado are again the most likely threats.

NOAA also announced Tuesday that above average temperatures in June were observed across 11 states in the U.S.

Alaska experienced its second-warmest June in state history. The average temperature in June was 54 degrees, 4.8 degrees above the long-term mean.