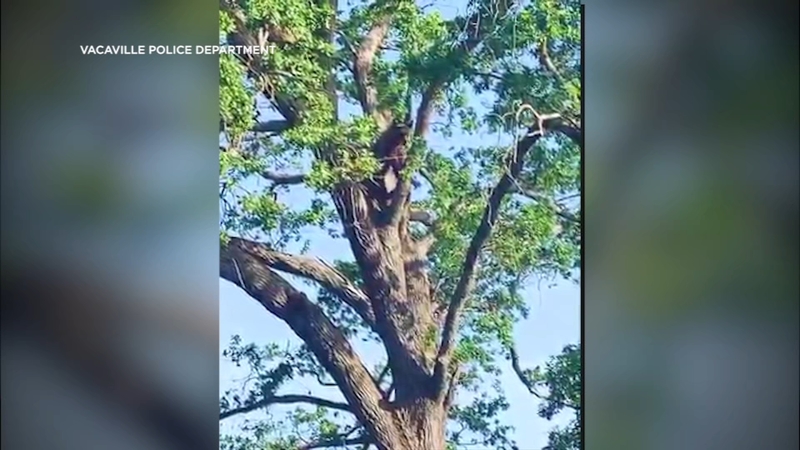 VACAVILLE, Calif. -- Police in Vacaville are warning residents to keep an eye out for a black bear seen Monday in the city and to give the animal a wide berth.

The male black bear was seen Monday morning in the 200 block of North Orchard Avenue, police said in a social media post.

Video of the bear climbing a tree was posted on the police department's Facebook page.

Officers kept a watch on the bear while nearby schools safely assembled for class on Monday, police said.

Anyone who spots the bear should stay inside with doors and windows closed, and pets should be brought indoors. Police should be called if the bear acts aggressively, officials said.

DNA evidence shows Hank the Tank is not the only bear responsible for the destruction happening in South Lake Tahoe.

The department noted that Solano County is a natural habitat for black bears, and that they would not take action unless the animal poses a threat.

"Our hope is that he will safely wander back to his home soon," police said on social media.