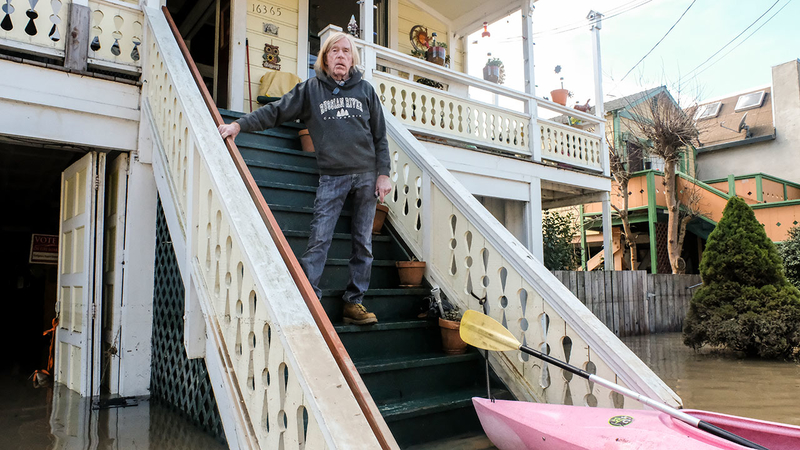 GUERNEVILLE, Calif. (KGO) -- In flooded Guerneville, there were two ways of getting around-- small boat or large truck.

As the Russian River began receding, so did expectations in this community that has seen floods before, where some residents still acted surprised.

"You sound like you didn't believe it," we asked.

That's hell as in high water, block after block north of Main Street. It's a region of Guerneville where front porches now double as docks.

Wendell Joost is glad he raised his house after the flood of '97 and good that he did.

"The water was four steps up last night," he showed us. "The step I am standing on would have been underwater."

"How much room did you have till it got into your house," we asked Matt Lonardo.

"Maybe four feet? But we have a three-story house."

Monte Rio Fire Chief Steve Baxman has seen all of this before. He remembers the flood of 1986, and all that followed.

"What happens next? The water comes down. The people look at the damage. Then they pull out the rotten food from their refrigerators. We go house to house. We turn on the power."

In Guerneville, proof once again that history repeats itself.

And when water hits 46 feet, that learning will take them only so far.

"What does the world need to know about Guerneville?" we asked Jeff Bridges as he looked down from his deck of a house still surrounded by water.