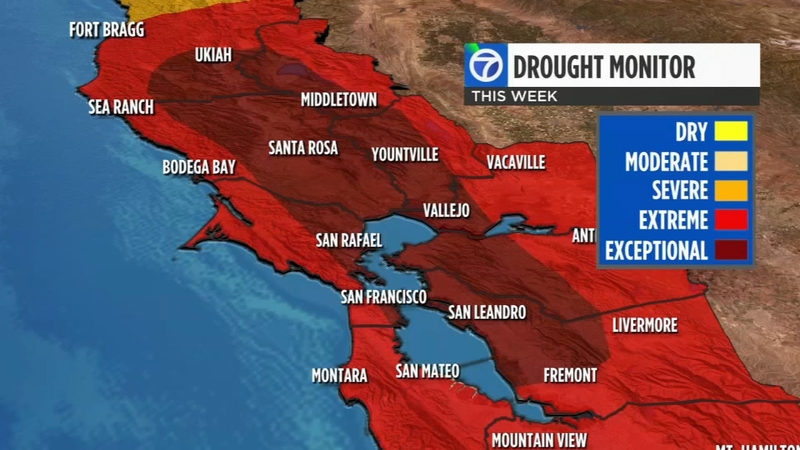 The figures show 16% of the state is in "exceptional" drought.

The lack of rain isn't the only issue.

"The snowpack is abysmal, it's 2% of average," added Nicco.

Water levels in our lakes and reservoirs are also falling.

"So, with the drought getting worse over our neighborhoods -- expect our water resource officials to talk more and more about conservation and possibly even some significant cutbacks as we move into the summer," said Nicco.

"The worst part of our dry season is still ahead of us," said Nicco. "That's unfortunate."

"So what does that mean? Record dry vegetation. It's going to continue to get drier and drier," explained Nicco. "Nearly 9.3 million acres could burn. That's 130% higher than the five-year average."

"It's going to be a tough season. We need everyone to be prepared and vigilant," said Nicco.