What we know about coronavirus' long-term effects 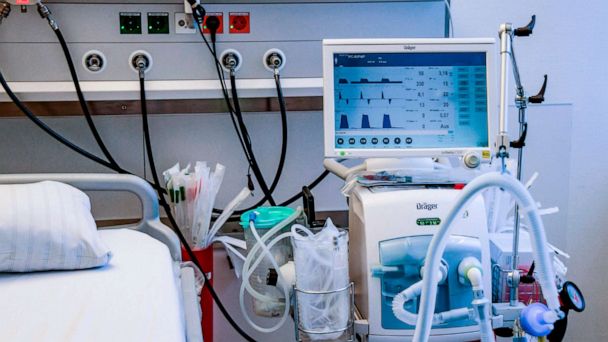 In the months since the novel coronavirus exploded into a pandemic, we have heard a range of stories about those who have been stricken by the disease -- the vast majority with mild symptoms, but an increasing number needing to be hospitalized.

But what about those who were reported to have recovered from the illness, which has no inoculation or cure?

While the telltale symptoms of coronavirus, including fever, dry cough and shortness of breath, have been well-publicized, there's been less information about the long-term health of people who contract COVID-19 and recover.

In part, that's because the virus is new. The first cases emerged in Wuhan, China, in December, so even the very first people who contracted COVID-19 and recovered are less than six months out from when they were initially infected.

Still, there are insights we can glean from preliminary data about COVID-19 patients in the United States released by the Centers for Disease Control and Prevention (CDC), and from what we know about the long-term effects of other respiratory diseases, experts say.

What other respiratory diseases can tell us about COVID-19

Roughly 80% of COVID-19 cases reported in China, were considered mild, according to the CDC.

Dr. Shu-Yuan Xiao, a pathology professor at the University of Chicago School of Medicine, stressed that most patients who have mild illness should recover "with no lasting effect."

Patients who have a more severe illness, but recover without needing to be put on a ventilator, should also be free of long-term side effects, he added.

"For the 16-20% of symptomatic patients who eventually need ICU care, it is difficult to predict," he said, referring to the percentage of those hospitalized who will need critical care.

Patients who go into the intensive care unit and need ventilators are more likely to have lung damage, and to develop acute respiratory distress syndrome (ARDS), a severe lung condition in which fluid collects in the lungs' air sacs.

"Based on experience from SARS and MERS, some patients may develop lung fibrosis," Xiao said, though he noted that lung fibrosis, which is when lung tissue becomes scarred, has not been observed in the limited studies we have so far about COVID-19.

According to a study published in the Journal of the American Medical Association published in February, which examined 138 patients in Wuhan, China, 10% of those in ICU care were eventually switched to ECMO machines, which remove the blood from the body, oxygenate it and then return it to the body.

While those long-term effects sound frightening, the reality is that lingering health consequences among people who contract severe respiratory diseases are common.

"It's the same general thing that you have with any type of phenomena that's severe enough to land you in the ICU," said Dr. Amesh Adalja, an infectious disease and critical care expert at Johns Hopkins Bloomberg School of Public Health.

"There's a lot in common with what we do for non-COVID respiratory failure that's going to be applicable here," Adalja said.

For people who are put on a mechanical ventilator, it's likely to be several months to a year before they recover full lung function, he explained. Some may never recover that functionality.

"It's not a one-size-fits-all situation," Adalja said. "How much lung tissue was destroyed by the virus? That would translate into having increased shortness of breath."

Both Xiao and Adalja emphasized that much more research is needed before we know how recovered COVID-19 patients severe disease fare months or years out.

"I hope there [will] be more autopsies performed on patients who died of the disease, to provide better knowledge," Xiao said.

"Currently, we know so little about the spectrum of COVID-19 pathology."

What we know about severe COVID-19 cases in the US

Despite those figures, "severe illness leading to hospitalization, including ICU admission and death, can occur in adults of any age with COVID-19," the report notes.

The long-term effects of being put on a ventilator could become a reality for hundreds of thousands of Americans. The Society of Critical Care Medicine projects that as many as 960,000 Americans may need to be put on ventilators during the course of the outbreak in a worst-case scenario.

That doesn't mean everyone who needs a ventilator will get one.