Will Smith damaged reputation from Oscars slap, but will recover from fallout, Bay Area expert says 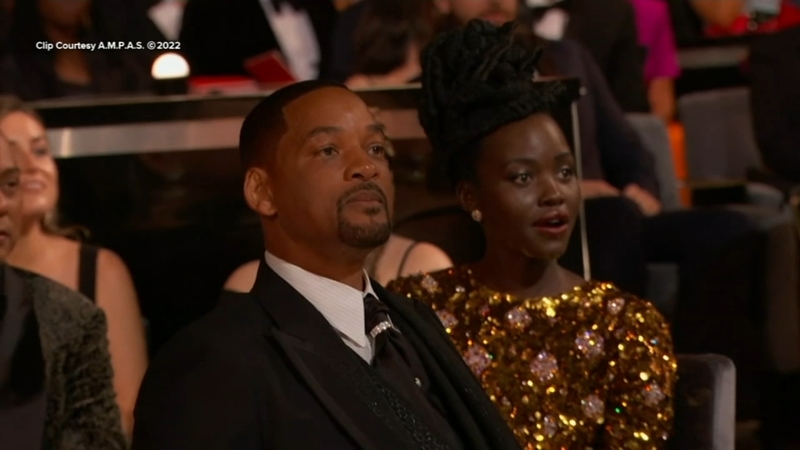 Is Will Smith's Hollywood career in jeopardy? Expert weighs in

SAN FRANCISCO (KGO) -- Actor Will Smith says he apologizes for his actions at Sunday night's Oscars, during which Smith slapped comedian Chris Rock on live television.

Smith posted an apology on social media, saying, "Violence in all of its forms is poisonous and destructive. My behavior at last night's Academy Awards was unacceptable and inexcusable. Jokes at my expense are part of the job, but a joke about Jada's medical condition was too much for me to bear and I reacted emotionally. I would like to publicly apologize to you, Chris. I was out of line and I was wrong. I am embarrassed and my actions were not indicative of the man I want to be. There is no place for violence in a world of love and kindness."

Smith went on to apologize to the Academy, the producers of the show, all the attendees and everyone watching around the world.

The Academy board met Monday to discuss actions against Smith after the incident.

VIDEO: Will Smith apologizes to Chris Rock for slapping him at Oscars: 'I was out of line and I was wrong'
EMBED More News Videos

The best actor winner for "King Richard" apologized to Chris Rock in an Instagram post for slapping the comedian onstage at the 2022 Oscars.

In a statement, The Academy of Motion Pictures Arts and Sciences says it condemns Smith's actions.

The Academy added they will "explore further action and consequences in accordance with our Bylaws, Standards of Conduct and California law".

The code of conduct was updated in 2017 in light of the "me too movement". It states the academy is "categorically opposed to any form of abuse, harassment or discrimination and can suspend those who violate it".

Smith walked on stage and slapped Chris Rock after Rock made a joke about Jada Pinkett Smith's hair. Pinkett Smith suffers from alopecia, a condition that results in hair loss.

Jada Pinkett Smith found her struggle with hair loss at the center of an unexpected controversy at the Oscars on Sunday night. Dr. Emma Guttman talks to Eyewitness News about this condition.

Public relations expert and professor at San Jose State University, Shaun Fletcher, says he was disappointed in Smith's actions but says the A-list celebrity will recover from the incident.

"Will will recover from this, he has 60 million followers on Instagram. I doubt he loses very many of them. Will still is bankable in Hollywood, he's bankable in this new digital social media-owned content space that we are in, so from various different angles he will absolutely recover. I'm most interested in him recovering both personally, emotionally and interpersonally, but also in terms of the influence that he has that has been so positive up until last night," Fletcher says.

Fletcher commended Chris Rock's handling of the situation by using comedy rather than violence to get past the confrontation.

He also adds this should not be a distraction to the progress made in terms of diversity and the Oscars.

Will Smith wins Oscar for actor in a leading role for 'King Richard' centers his speech on protecting family after confrontation with Chris Rock on stage.

Fletcher adds that Smith will have to do work to get the trust back of his fans and those he disappointed.

"He absolutely understands that from a reputational standpoint, he's going to have to do some work in order to command that same level of influence around peace and love and forgiveness and empathy and grace. I would venture to say that today he's most remorseful about those people that he let down, now he's going to have to gain their ear, their trust back to allow for him to have those messages land like we desperately need positive messages to land on today's generation," Fletcher says.

As of Monday, Chris Rock has not responded to Will Smith's apology and has not filed charges with the LAPD.