The Willie McCovey Golf Classic supports thousands of children across the West Coast and Giants players competed for a good cause.

SAN FRANCSICO (KGO) -- Over the years, our community has certainly supported the Giants and Monday is one of those days when the Giants are supporting us back.

The Willie McCovey Golf Classic supports thousands of children across the West Coast.

They maybe played nicely together on the baseball field, but former San Francisco Giants came together Monday to tee off against each other. Players like Cody Ross says they will be hard on each other.

"Of course we are trying to beat each other but we are here to have fun and support but yeah, we get a little competitive still," said Ross.

They are here at Harding Park for a Giant cause, the Giants Community Fund, which supports the Junior Giants. The tournament is named after Hall of Famer and former Giant Willie McCovey, who welcomed the players on this foggy August morning.

"I am just honored you would come support the Giants Community Fund. That means a lot to me," McCovey said.

The alums say they love supporting the cause and getting to see each other. "It's almost like a brotherhood, and when we get a chance to see each other again, it's just like catching up on old times and it just brings a smile to your face," said former player Noah Lowry.

And even though the Giants aren't looking too good on the baseball field this season-- these guys say they have their backs.

"I do. I support 'em, I watch 'em. I try to give my two cents worth to my buddies who are still on the team. They're in the grind, they're trying as hard as they can. Nobody wants to win more than they do. We just have to keep supporting 'em," said Ross.

For more on the Giants Community Fund, visit this page.

For more stories and videos related to the San Francisco Giants, visit this page.

Walker leads Diamondbacks against the Giants after 4-hit outing 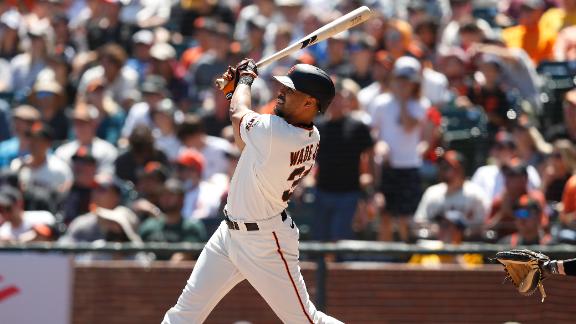 Pirates come into matchup against the Giants on losing streak