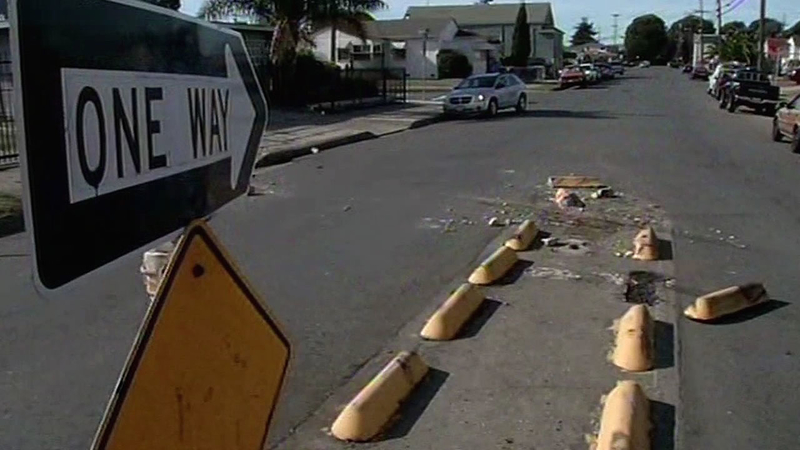 RICHMOND, Calif. (KGO) -- A young boy and his father are recovering from gunshot wounds after they were injured in a drive-by shooting while they were sitting in their parked car in Richmond Tuesday night.

Officers were dispatched around 7:45 p.m. to the 200 block of South 37th Street based on a report of shots fired in the area.

Shattered glass from a drive by in Richmond that injured a 5 year old boy and his dad. PD looking for witnesses. pic.twitter.com/7rgVkyl3FC

Officials said the boy was in serious condition and his father was in critical condition after the shooting, but managed to still drive the two of them to the hospital.

On Wednesday morning, shattered glass from the victim's car window still littered the driveway of Brothers Liquor and Market. The owner says the father and his 5-year-old son were in the store just before they were shot. "He was trying to buy milk chocolate for his son and he didn't have the money, he was going to go get the money and come back," owner Jimmy Dabwan said.

"I can't say how many shots, you know I just had seen the gentleman duck and turn," Richmond resident Tommy Perry said.

Perry lives across the street and he said he saw the victim's car hit the yellow concrete median as the father tried to escape. "When he hit this curb right here, he was already shot. He was really trying to save his kids. I don't know how many kids were in the car, but that was basically what he was trying to do," Perry said.

Richmond police said the only passenger was the little boy and they're now trying to determine why his father was shot. "We have had some gunfire on the south side of Richmond recently in the Carlson Boulevard corridor that has been gang related, but in this incident we're not sure if he was targeted," Richmond Police Department Lt. Andre Hill said.

Departing Richmond Police Department Chief Chris Magnus praised creative strategies for a dramatic decline in crime in recent years, but acknowledged violence is still a challenge. "Last night we had an ugly shooting and it highlights the fact that this will always be a work in progress in this city. I think we're moving in the right direction," he said.

Magnus has just been named police chief in Tucson.