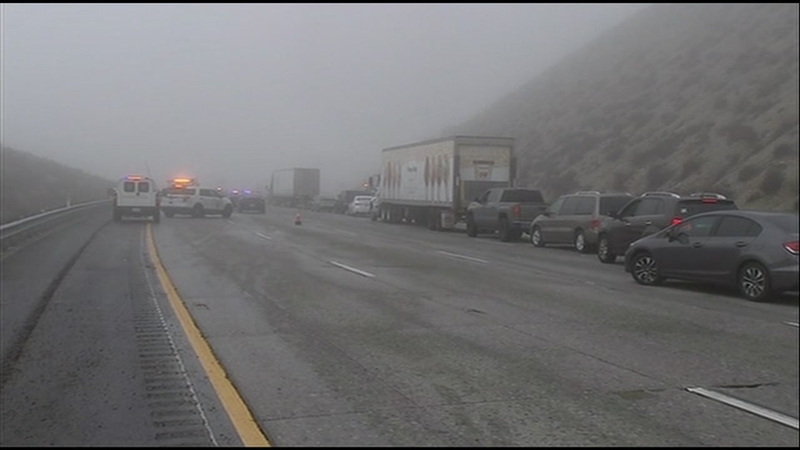 CAJON PASS, Calif. -- San Bernardino County firefighters were responding Wednesday morning to a 19-vehicle crash on the 15 Freeway in the Cajon Pass that left 35 people injured and prompted the closure of all southbound lanes, authorities said.

The chain-reaction pileup occurred about 9:30 a.m. at Oak Hill Road and left most of the victims with moderate to minor injuries, according to the county fire department, which was performing triage at the crash site.

The majority of the patients declined to be transported to a hospital, according to fire officials.

Weather was a contributing factor to the collision, investigators said. Visibility was poor in the area due to heavy fog.

Heavy fog in the #CajonPass was a contributing factor to a chain reaction crash that has all southbound lanes of the I-15 shutdown. CHP says as many as 20-25 vehicles involved. Mostly minor to mod injuries. Stay tuned to @ABC7 for more updates. pic.twitter.com/HcKDsHpuL5

A Caltrans camera showed a miles-long backup of traffic at the scene.

It was unclear when the southbound side of the interstate would be reopened. Drivers were urged to use Ranchero Road as an alternative route.