KGO
SAN FRANCISCO (KGO) -- San Francisco's troubled police department has a new leader at the helm. Bill Scott was chosen by Mayor Ed Lee last month and on Monday, he was officially sworn in.

Inside the majestic Rotunda at City Hall, Scott became the city's 43rd police chief. "I share with you the vision and the desire for a safe city that is policed in a professional and compassionate manner," he said.

SFPD Chief Bill Scott sat down with ABC7 News Reporter Carolyn Tyler after he was sworn in on Monday.

Several colleagues from Los Angeles, where Scott spent 27 years, came to applaud him, including LAPD Chief Charlie Beck. "He helped us through the Consent Decree. He helped see us through the turbulent of the 90s," Beck said.

The San Francisco Police Department is grappling with officer-involved shootings, a new use of force policy the union is challenging and more than 200 reforms recommended by the Department of Justice.

"The DOJ recommendations and initiatives are only designed, in my opinion, to make us better at our bottom line and our bottom line is keeping the city safe," Scott said in an interview with ABC7 News Reporter Carolyn Tyler.

Scott is only the third chief in San Francisco's 167-year history selected from outside the department and he knows the learning curve will be steep.

Someone who understands some of the challenges Scott faces is former Chief Greg Suhr. "I think his very quiet, calm, demeanor energy, I think it's just going to serve him well," he said.

That composure was on full display as a few hecklers tried but failed to disrupt his ceremony on Monday.

A couple of protesters attempt to disrupt remarks by SFPD's new Chief. Unclear what they were shouting.. pic.twitter.com/eaALwnCjUz 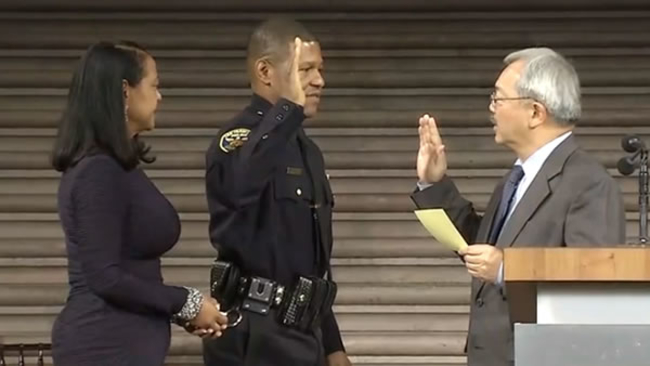 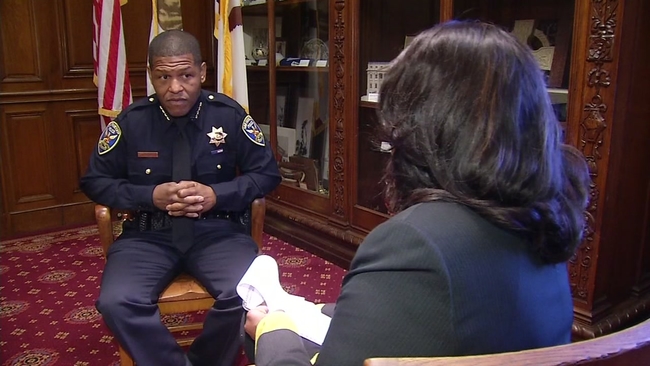