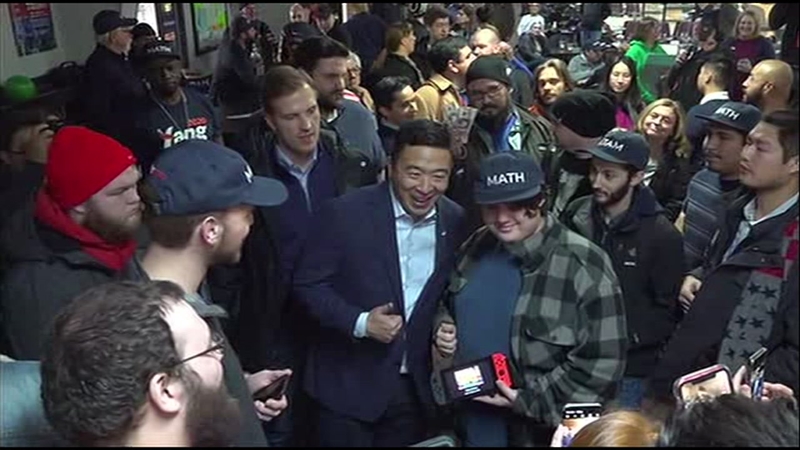 Yang held an event at a bowling alley and was greeted by a large crowd, some who were lucky and got a high score, were promised a selfie with Yang. Some supporters were wearing blue hats that read MATH ("Make America Think Harder"), a slogan of Yang's.

In between talking about the issues, Yang did bowl himself. He got a strike -- and he wasn't using the bumpers.

Yang is spending time in Iowa -- as are several other candidates -- ahead of the state's caucus on Feb. 3.

Those results have him meeting the polling threshold for the Dec. 19 debate in Los Angeles. The DNC won't officially say which candidates have qualified until after a Thursday night deadline. But Yang is the seventh person -- and first non-white candidate -- to meet the requirements so far. The others are former Vice President Joe Biden, Senator Elizabeth Warren, Bernie Sanders and Amy Klobuchar, Indiana Mayor Pete Buttigieg and businessman Tom Steyer.