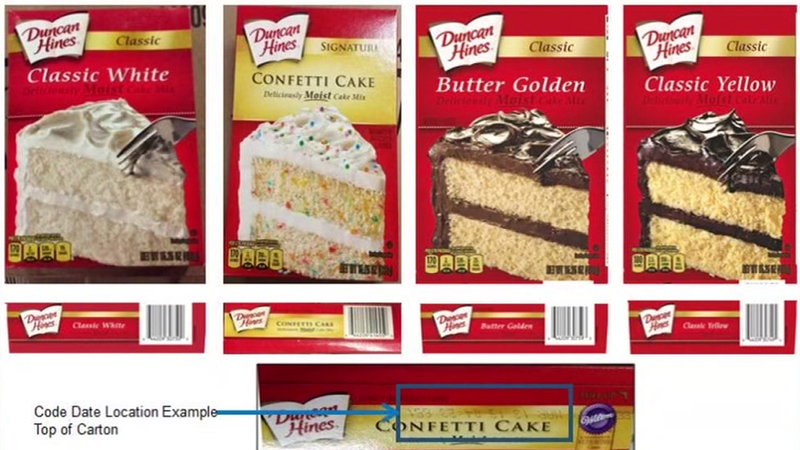 If you have cake mix in your cupboard, check it for safety. Duncan Hines is recalling more than two million boxes that may be contaminated with salmonella.

The cake mix giant is recalling four of its most popular brands after reports of five salmonella cases. In each case, several people reported getting sick after eating the cake.

Duncan Hines says those who got sick may have consumed some raw cake batter. The company advises never to lick the mixing bowl or any unbaked mix. It contains eggs which can carry bacteria.

Anyone with a recalled mix can return it to the store where you bought it.

The FCC sent letters to 14 tech companies asking for help in tracing who's making the illegal calls.

The organization says scammers are buying voice-over internet phone numbers, or VOIP, that appear to come from a local area code.

Victims are more likely to pick up the call if it seems to be local.

The FCC wants companies to develop "trace-back" technology that can locate the real callers. The FCC can then prosecute even if violators are overseas.

Today's letters went out to companies ranging from Google to Sprint and AT&T.

Web copy written and produced by Miranda Dotson
Report a correction or typo
Related topics:
businessproduct recallsfccu.s. & world7 on your sidecakeconsumersalmonellaconsumer concerns
Copyright © 2021 KGO-TV. All Rights Reserved.
7 ON YOUR SIDE
How to get more bang for your buck when gifting gift cards
Why feds are warning it could take months to get a passport
Will travel insurance cover you if you catch COVID abroad?
How to donate safely and stretch your dollars
TOP STORIES
Surgeon General sounds alarm on youth mental health amid pandemic
'Detected outside of SF,' traces of omicron found in sewage
COVID cases in Marin Co. dropped as schools reopened, study shows
$38K reward for info in killing of news security guard in Oakland
Woman accused of stealing $40K in items from SF Target arrested again
Stephen Curry chases history with NBA 3-point record in reach
JFK Unsolved: The Real Conspiracies
Show More
How to get more bang for your buck when gifting gift cards
Flagpole with incredible story gets new flag on Pearl Harbor Day
Hawaii faces life-threatening flooding with more than a foot of rain
Officials to consider changes for dangerous Alameda streets
Breaking down the race for SF's Assembly District 17
More TOP STORIES News