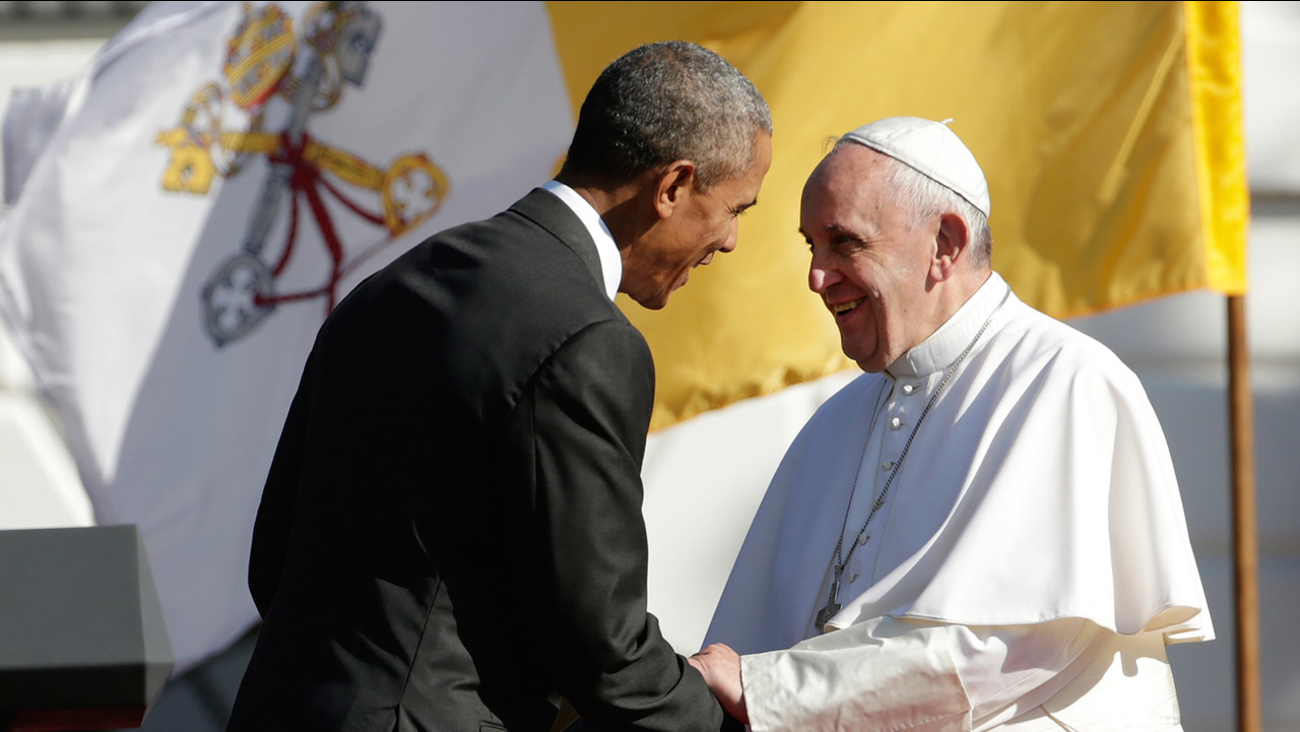 President Barack Obama shakes hands with Pope Francis after this welcoming speech during the state arrival ceremony on the South Lawn of the White House. (AP Photo/Pablo Martinez Monsivais)

WASHINGTON -- Pope Francis began his first full day in the United States by attending a ceremony at the White House, where he was welcomed by President Barack Obama and first lady Michelle Obama.

The pope was a few minutes behind schedule leaving for the White House Wednesday morning. Rather than hopping straight into his Fiat, he spent time shaking hands and greeting people outside the Apostolic Nunciature. 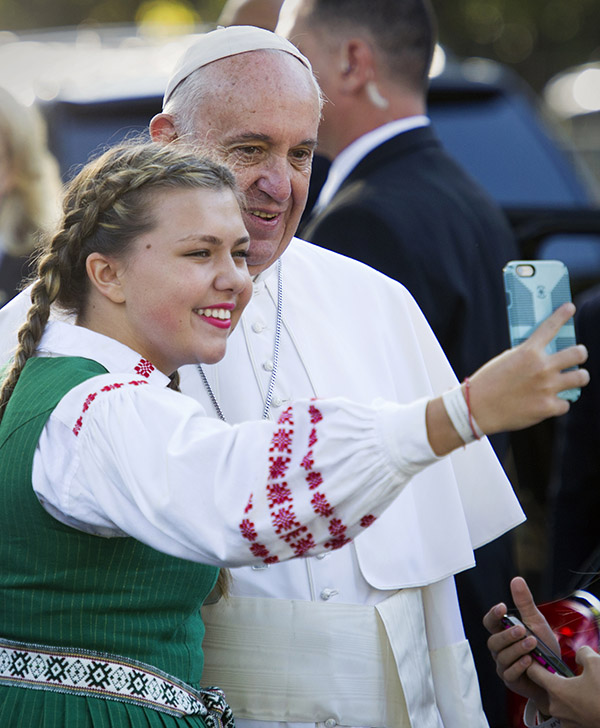 Pope Francis poses for a selfie with a school girl who's parent work at the Lithuanian Embassy as he prepares to depart the Apostolic Nunciature.

Thousands of people were in attendance on the South Lawn of the White House, and the ceremony included musical tributes.


"Your Holiness, in your words and deeds, you set a profound moral example." President Obama delivered his remarks first, praising the pope for his humility, empathy and passion for protecting the planet.

Pope Francis listens as President Barack Obama welcomes him during a state arrival ceremony on the South Lawn of the White House in Washington, Wednesday, Sept. 23, 2015.

"As the son of an immigrant family, I am happy to be a guest in this country, which was largely built by such families." Pope Francis spoke about tolerance and inclusiveness before also speaking to humanity's responsibility to care for our "common home."

President Barack Obama leans over to talk to Pope Francis during a state arrival ceremony on the South Lawn of the White House in Washington, Wednesday, Sept. 23, 2015.

After the ceremony, the pope and the president had a private meeting in the Oval Office. President Obama presented Pope Francis with a sculpture of an ascending dove. The dove is an international symbol of peace as well as the Christian symbol for the Holy Spirit. In addition to the sculpture, Obama presented the pope with a key from the home of Elizabeth Ann Seton, the first native-born American to be declared a saint.

President Barack Obama talks with Pope Francis in the Oval Office of the White House in Washington, Wednesday, Sept. 23, 2015.

After leaving the White House, Pope Francis waved to well-wishers from his popemobile on the way to St. Matthew's Cathedral. Along the way, he stopped to kiss a baby and bless a young girl from the crowd.

Pope Francis reaches from the popemobile for a child that is brought to him, during a parade in Washington, Wednesday, Sept. 23, 2015.