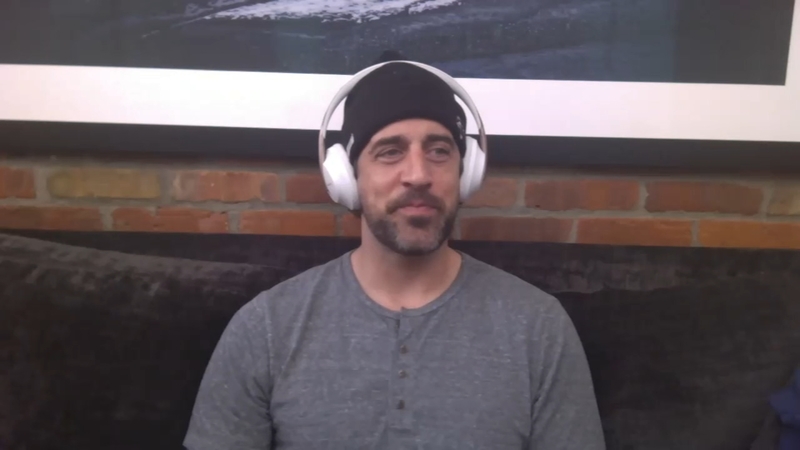 How Aaron Rodgers is using 'Jeopardy!' to help NorCal communities

SAN FRANCISCO (KGO) -- Who is Aaron Rodgers? The Chico native, former Cal star and Super Bowl champion is beginning his run at guest-host on "Jeopardy!" over the next two weeks.

Rodgers grew up watching the iconic game show with his grandparents in Northern California and has continued the tradition throughout his life.

He's a MVP, a Super Bowl champ, a #ProBear and now a @Jeopardy guest host.

Who is the GOAT, @AaronRodgers12? pic.twitter.com/wpI0gQKs24

Rodgers says he got the call in January and jumped at the opportunity to be a guest host with filming taking place in February. Rodgers actually won "Celebrity Jeopardy!" back in 2015 and shared a special moment with the late game host Alex Trebek, who even used Rodgers trademark belt celebration.

"That was pretty special, that's just what's great about Alex," said Rodgers. "His personality was what made the show."

"Alex did it with such grace & humility. I just wanted to bring the same type of approach... I wanted to do him justice."

Money from Rodgers 2-week guest hosting appearance on 'Jeopardy!' will open up a second round of COVID-19 relief grants for small businesses in northern California.

When asked if his name would actually be a clue in the game, Rodgers hinted there was at least one sports category over the two weeks of shows.

"One of the questions seemed like a lay-up to me and it was actually related to my team (Green Bay Packers) and nobody got it," Rodgers laughed.

"But that's what I tried to do in the interview, if anybody had anything athletic to talk about in their fun facts, I wanted to talk about that," said Rodgers.

Catch @AaronRodgers12 as the @Jeopardy guest host over the next two weeks beginning tonight on @abc7newsbayarea ! Had to ask him, why do contestants have such hard time with my favorite category (sports)?!? #ABC7Now #Jeopardy https://t.co/zGtUMPF10O pic.twitter.com/CXTJDWT7Sr

Green Bay Packers Quarterback and "Jeopardy!" aficionado Aaron Rodgers sat down with ABC7's Chris Alvarez to talk about his upcoming stint as the game show's host.