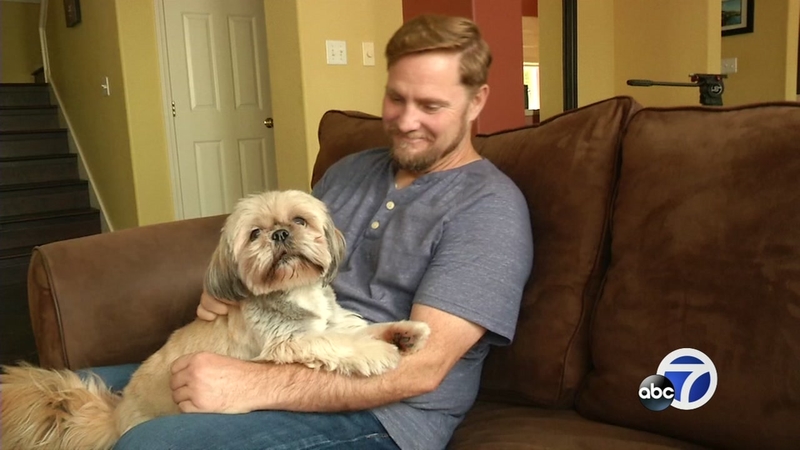 AMERICAN CANYON, Calif. (KGO) -- A kidney transplant gave an American Canyon man a new lease on life, but despite a doctor giving him the green light to drive, the DMV couldn't lift the medical suspension of his license.

What a difference a year makes.

One year ago, David Washburn didn't even know how much longer he had to live. His chronic kidney disease had fallen to rock bottom, stage 5. That's at or near complete kidney failure.

"I went into a bit of depression and scare realizing I had a big problem," he said.

Left stunned, it took Washburn three months to build up the will to tell his wife.

"He deteriorated very fast. He started getting real weak. Couldn't do his normal activity," said his wife Lilliam.

It takes on average three to five years to find a match for a kidney transplant. Fortunately for the couple, doctors quickly discovered that Lilliam was a match, although not a perfect one.

So they found a way to get a better kidney quickly through the "paired exchange program."

"I donated my kidney to someone else, and he was able to get a kidney even faster that was better suited for his size, his age and even his ethnicity," Lilliam said.

The transplant went well, but the post op did not.

Washburn suffered a seizure. Doctors concluded the seizure didn't impair his ability to drive, but under the law, they were obligated to report it to the DMV. The DMV, also under the law, automatically suspended Washburn's license.

Washburn's doctor then began the process of getting the license suspension overturned.

"They pointed out right away I was ready to drive. It was only the law requiring them to report," Washburn said.

Washburn said he sent the paperwork to reverse the suspension to the address on the DMV form. But the DMV says that was the wrong address.

Twelve weeks had passed and his license was still suspended.

Washburn contacted 7 On Your Side, and we contacted the DMV.

The next day an investigator from the state called to interview him. His license was reinstated.

"Thank you. I would hug everybody," a relieved Washburn said.

The DMV says it reinstated Washburn's license the day after it received all the paperwork.