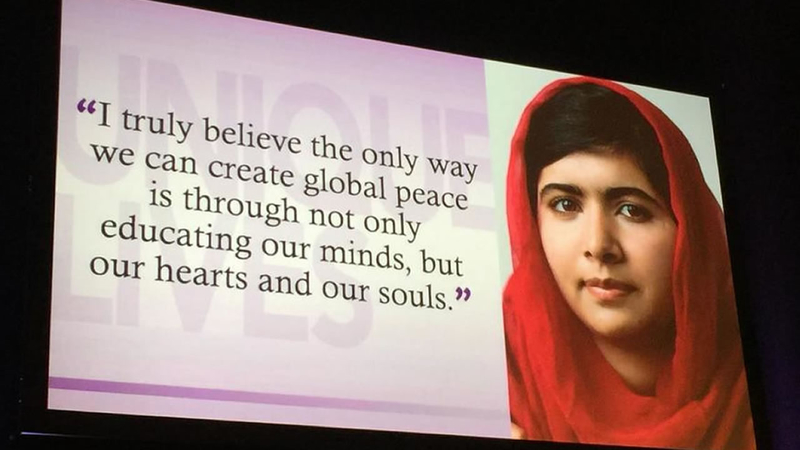 SAN JOSE, Calif. (KGO) -- The youngest recipient of the Nobel Peace Prize was in the Bay Area Friday and spoke at San Jose State University. ABC7 News anchor Cheryl Jennings was the only television reporter inside the event to hear Malala Yousafzai.

This 17-year-old girl from Pakistan has become a symbol of courage around the world. Malala spent the evening at San Jose State, in conversation with Khaled Hosseini. He's an internationally renowned author of "The Kite Runner" and other books about the country of his birth, Afghanistan.

They agree no one should stop girls from an education. 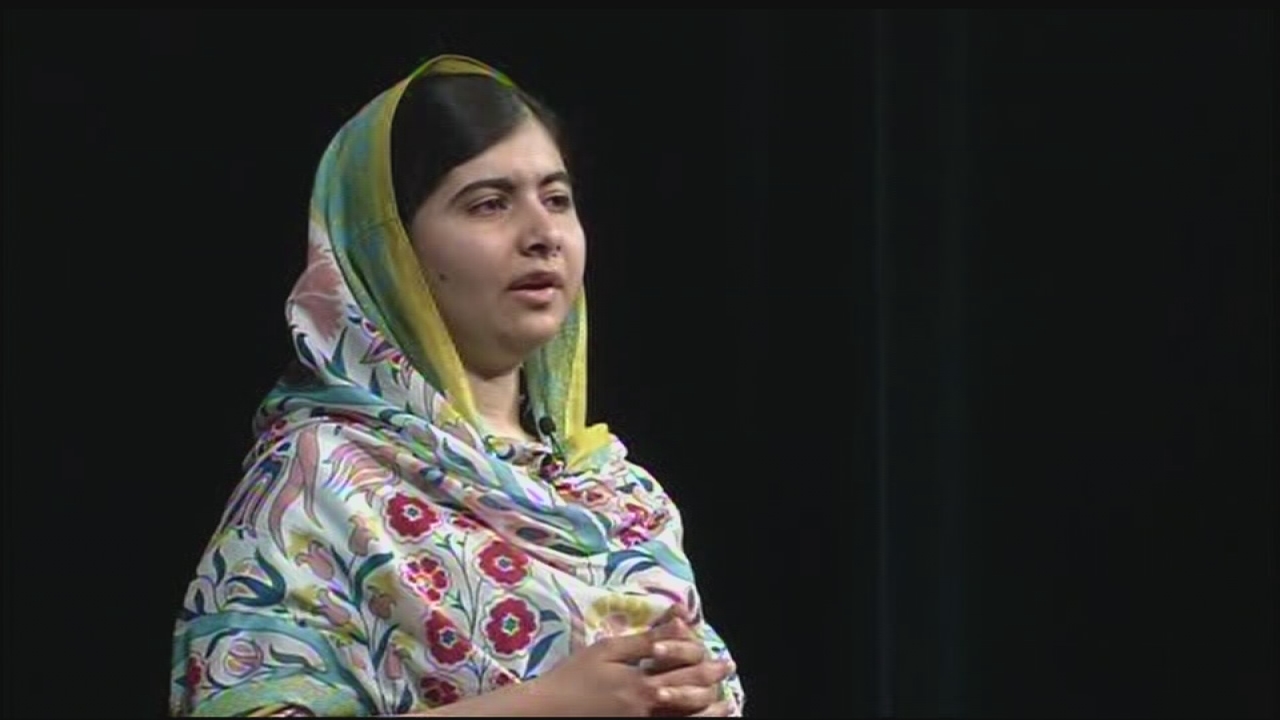 "I decided that it was the moment when you have to raise your voice, you have to speak," Malala said.

Malala's fight for her own education and other girls almost killed her. The Taliban shot her in the head at point-blank range on her school bus in Pakistan, October 9, 2012. She was 15. Miraculously, she survived and used that assassination attempt as motivation to take her fight worldwide.

Malala was honored with the Nobel Peace Prize in 2014.

The president of San Jose State, Mo Qayoumi, Ph.D., understands Malala's quest better than most. He was born in Afghanistan, right next door to Pakistan.

"I've seen so many Afghan girls go through similar struggles, many of whom have lost their lives. For trying to just go to school and have an education," Qayoumi said.

Malala turns 18 this year and her gift is her commitment to the education of girls around the world. So Happy Birthday Malala!