The teen intended to target classmates who repeatedly mocked him because he was transgender, according to court documents
AP
By Colleen Slevin 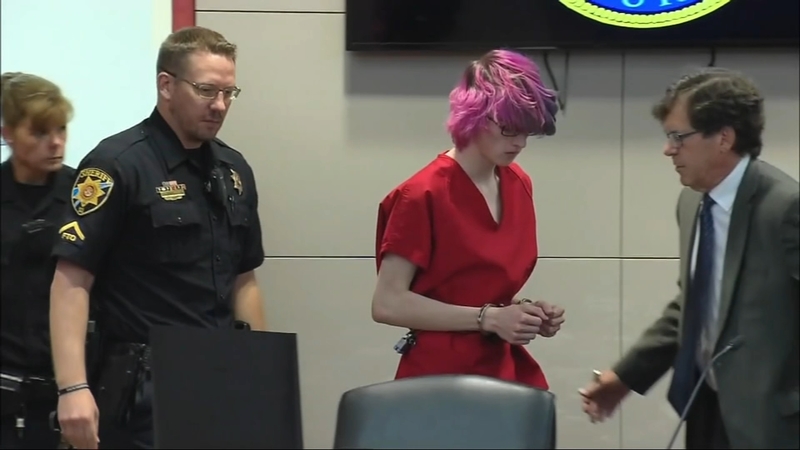 DENVER -- A teenager who told authorities that he launched a fatal shooting attack on his suburban Denver school last year with a classmate because he wanted them to experience trauma like that he had experienced was sentenced on Friday to life in prison plus 38 years with the possibility of parole after about two decades behind bars.

Alec McKinney, 17, apologized to the parents of Kendrick Castillo, who was killed as he tackled one of the gunmen in the attack at STEM School Highlands Ranch, and to each of the eight other students wounded in the attack as well as those traumatized by it.

"I will never repeat these actions ever again because the harm I caused is truly too much for anyone to bear," McKinney said as he seemed to choke back tears and struggled to breathe.

In his statement, made by video rather than in person because of the coronavirus pandemic, he noted how each wounded student and their families had been affected, noting how one still has a bullet lodged in his body that requires him to be checked for lead poisoning and how another gave up playing soccer.

McKinney said he did not want leniency and urged anyone planning a school shooting to get help. But he also suggested the shooting was the idea of his alleged conspirator, Devon Erickson. Erickson's lawyers have portrayed McKinney as the leader of the attack who pressured Erickson to join him.

After the shooting, McKinney told investigators that he planned the attack for weeks and intended to target classmates who repeatedly mocked him because he was transgender, according to court documents.

"He wanted everyone in that school to suffer and realize that the world is a bad place," said an affidavit summing up his statements.

The ripple effects of physical and emotional suffering caused by the shooting was a constant theme throughout the hearing.

RELATED: US school violence facts: List of incidents with at least one fatality from 1927 to the present

Castillo's parents spoke about their pain of losing their only son just days before graduation. John Castillo said he hated McKinney and said he was just crying "crocodile tears."

"No one will know my pain unless you're me. No one can ever take away that pain. It's eternal," Castillo said.

Teachers, parents, and students spoke of being unable to sleep and developing anxiety and PTSD after the shooting. They also spoke of the triggers that can transport them back to the day of the shooting like the smell of drywall, which was ripped apart by bullets, and loud noises like fireworks and nail guns.

Kalissa Baraga, a parent volunteer at school to serve food to teachers on the day of the shooting, took cover in a men's bathroom with her 5-year-old daughter and a baby that she watched. Her older children were in the elementary portion of the school as the chaos ensued.

Eventually, the door opened and someone pointed a rifle at her daughter. She soon realized that was a police officer.

A SWAT officer with him scooped up the baby, and they were ushered outside, past broken glass, which her daughter now associates with shootings, she said. The sight of it once caused her to run and hide at Home Depot, Baraga said.

"My kids are broken, my family is broken. We aren't the same, and we won't ever be the same," Baraga told Judge Jeffrey K. Holmes.

The hearing was conducted partly online and in person because of the pandemic. Those testifying were allowed to appear in person in two different rooms in the court building, sitting apart from one another.

Holmes allowed them to remove their masks when they spoke, to make sure their emotion and facial expressions were seen, but lawyers had to keep their masks on. The lectern was wiped down after each person spoke.

McKinney, who pleaded guilty in February, was 16 at the time of the shooting. Even though he was prosecuted as an adult, he could be accepted into a three-year program for juvenile offenders after about 20 years in prison, taking into account time credits he could earn, District Attorney George Brauchler said. After completing that program, he would be released from prison.

Erickson, 19, has pleaded not guilty to all the same charges McKinney originally faced in the shooting. He is scheduled to go on trial in late September. Because he was an adult at the time of the shooting, he would be sentenced to life in prison without parole if convicted because prosecutors are not seeking the death penalty.